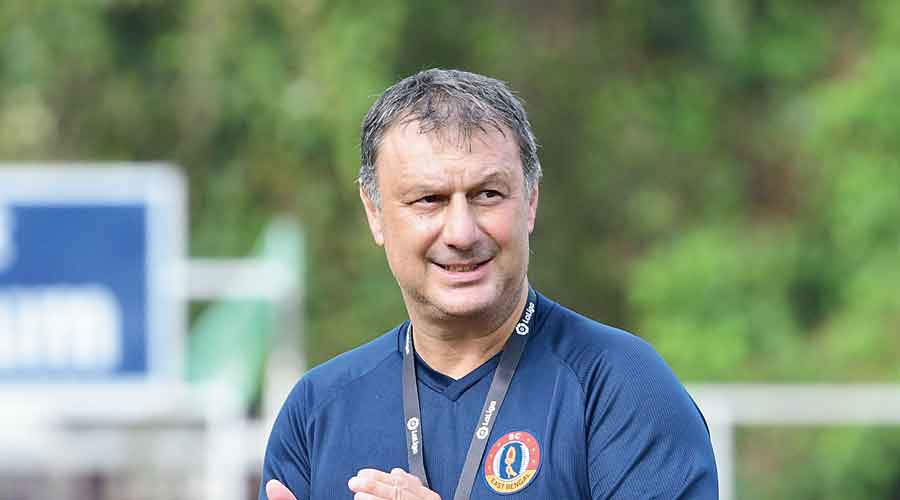 Last season when SC East Bengal began their ISL VII campaign there was a lot of excitement among the fans. Soon the joy of making the ISL cut and the appointment of Robbie Fowler as coach turned into a nightmare as SC East Bengal stumbled from one post to another. The debutants finished a lowly ninth in the 11-team league.

So, when SC East Bengal begin their ISL VIII campaign  on Sunday, taking on Jamshedpur FC at the Tilak Maidan, there will not be much expectations from the fans. And after ATK Mohun Bagan sent an early message to their rivals on Friday with a resounding 4-2 win over Kerala Blasters, SC East Bengal supporters are already thinking about what’s in store for them on November 27.

SC East Bengal coach Jose Manuel Diaz on Saturday stressed the importance of winning the first game of the season, saying his boys will leave no stone unturned in their effort to bag three points.

“For us, the most important is the first match for gaining confidence,” Diaz said.

Diaz said he was not thinking about the Derby next

Saturday. “We are not thinking about the Derby just yet. After the pre-season, we are hopeful of doing well in the first match.”

Diaz, with assistant coach Angel Puebla Garcia translating for him, added that the team is prepared to adapt to any situation during the game.

“We can play in different ways going by the squad we have. We can look for different solutions in every match.”

On their opponents, he said: “Jamshedpur FC have been together for some time. The squad does not have too many changes. We have a new team. We know what we need to do and do our best.”