The 46-year-old is game for continuing 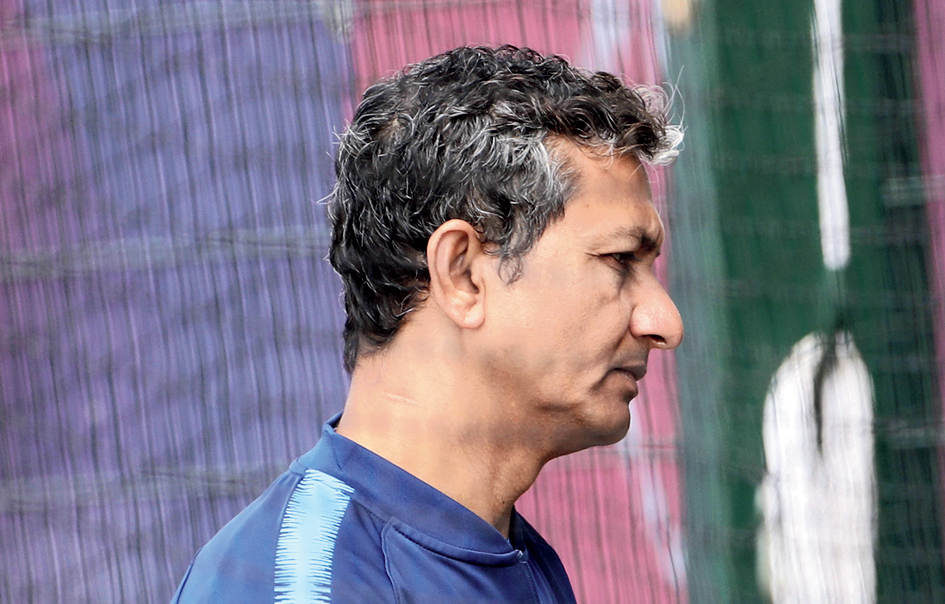 Despite the suggestion in some quarters that Team India’s batting coach Sanjay Bangar may alone be held accountable for the country’s exit in the semi-final of the 2019 World Cup, the low-profile former opener and all-rounder will reapply for the position.

In other words, the 46-year-old Bangar, a Mumbaikar, is game for continuing.

“Take it from me, Sanjay is going to apply afresh and present his case when called for the interview by the Special Committee,” an associate of Bangar told The Telegraph late on Wednesday.

Bangar, for his part, declined to answer questions sent via WhatsApp.

Kapil Dev, Aunshuman Gaekwad and Shanta Rangaswamy are on the Committee and had selected Woorkeri Raman as the women’s head coach last December.

There had been a major controversy involving Mithali Raj and Ramesh Powar preceding Raman’s appointment.

It was back in August 2014, after India got outplayed in the Test series in England, that Ravi Shastri came on board as the Team Director and Bangar was appointed the batting coach. Current bowling coach Bharat Arun also joined at the same time.

While Bangar has had an uninterrupted run, which obviously reflects very well on him, Shastri and Arun were out of the picture for just over a year, when Anil Kumble was the head coach.

In July 2017, Shastri returned, this time as the head coach on the specific recommendation of powerful captain Virat Kohli. Arun too came back, on Shastri’s insistence.

It’s understandable that Bangar didn’t respond to questions, but associates made three points:

Indeed, it’s bizarre that certain quarters have spread the word that Bangar and nobody else could be held responsible, when nobody asks questions of Shastri.

Is it because Virat may see that as a veiled attack on him?

Shastri has either been the Team Director (Super head coach, really) or the designated head coach in three World competitions — the 2015 World Cup, 2016 World T20, the 2019 World Cup. In each one of them, India tripped at the semi-final stage.

Does that suggest something? Surely does.

Perhaps, it’s worth noting that in the limited time Kumble headed the support staff, India made the final of the 2017 Champions Trophy.

Yet, Kumble, an icon, was humiliated.