Agony & ecstasy: one ace shuttler out, two still in hunt 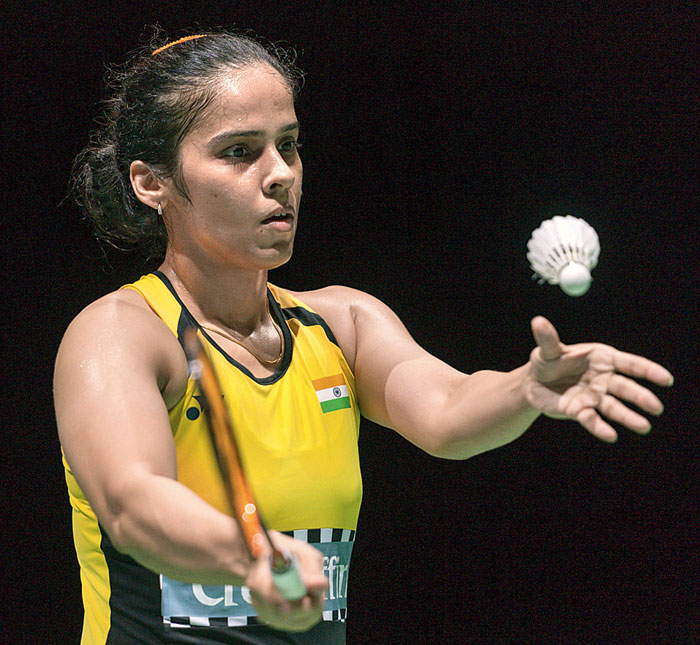 Saina Nehwal lost, both the match and her cool.

After crashing out of the BWF World Championships in Basel, the London Olympic bronze medal winner and former world No. 1 lashed out at the umpire in an uncharacteristic outburst.

Saina lost to Mia Blichfeldt of Denmark in the pre-quarter final on Thursday. Seeded eighth, she went down 21-15, 25-27, 12-21 to 12th seed Blichfeldt in a marathon women's singles match that lasted an hour and 12 minutes.

With less than a year to go for the Tokyo Olympics, Saina is keen to perform well in championships leading up to the mega event. The World Championship has added value.

Saina had won silver (in 2015 Jakarta) and a bronze (2017 Glasgow) in the World Championships.

Her outburst was followed by a tweet from her husband and the 2014 Commonwealth Games champion, Parupalli Kashyap.

Kashyap wondered why in a world championship, there is no system of review on all courts.

Having watched Saina lose, he tweeted: '2 match-points snatched away by bad umpiring. And numerous wrong decisions. Unbelievable that there are no reviews on other courts at the WORLD CHAMPIONSHIPS. When will our sport get better? SICK @bwfmedia @HSBCBWF @NSaina #feelingcheated #totalbwfworldchampionships2019.'

The match was played on court No. 4 and there was no telecast from there. Matches from only one court at the Basel World Championships are being telecast, and only that court has a review system in place.

Saina's former coach Vimal Kumar, who has also been India's national coach, was upset that the BWF did not find it necessary to have a review system in all the courts.

'It is a World Championship and all they have to do is take care of facilities in the four courts. But there's only one court from where the championship is being telecast and only that has the Hawk-Eye. Each and every match is important.'

He felt that Saina's outburst was because she was just getting back after injury |and had not been playing very well lately. 'I can understand her frustration. She has overcome injury. She has never lost to Mia.

'Normally, she never loses to players of this calibre. And to have two match points overruled can be extremely irritating.'

'With no live telecast, I could not watch the match. But yes, I can understand how she must have felt.'