Saina and Kashyap take a break from badminton to get hitched 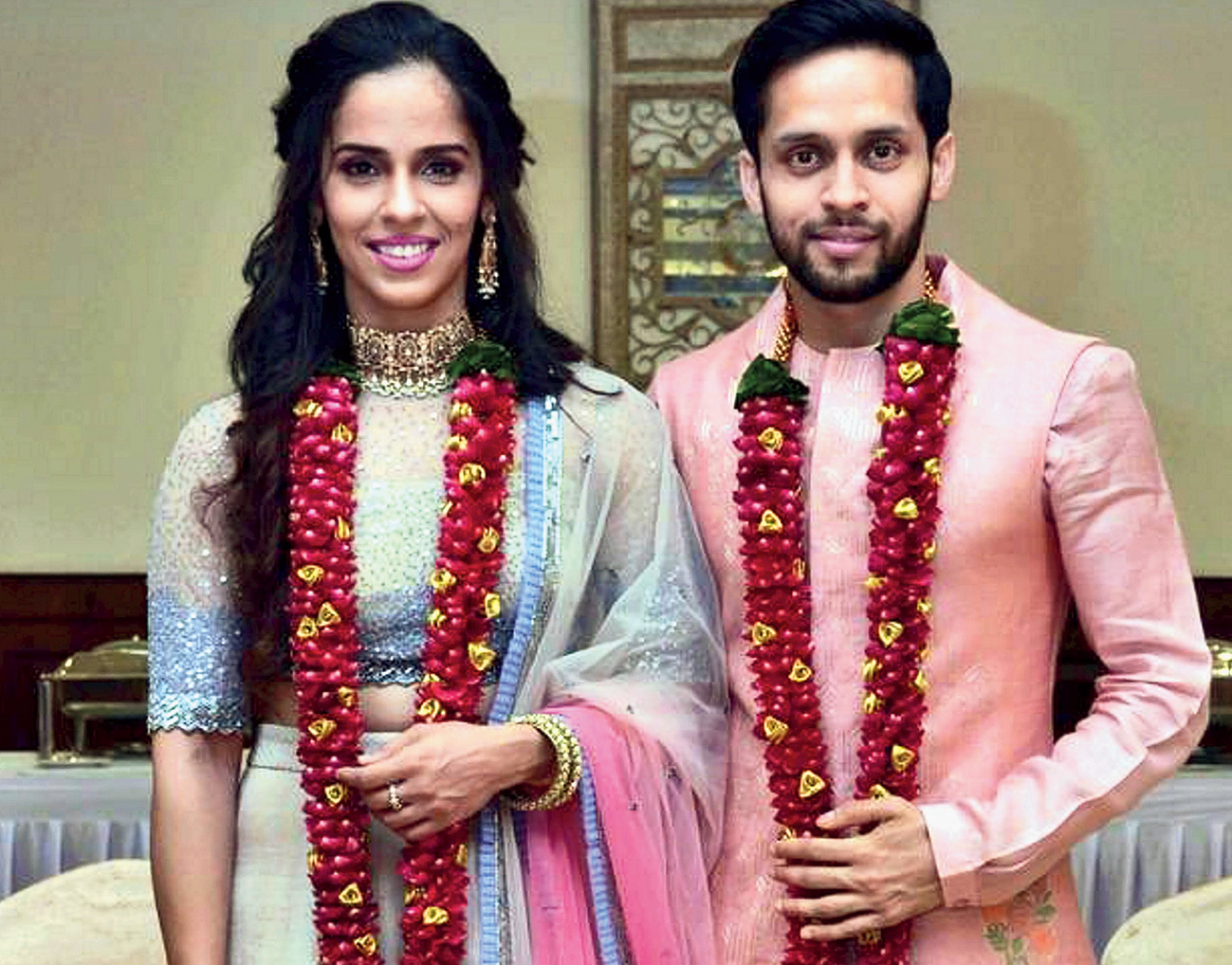 Star Indian shuttlers Saina Nehwal and Parupalli Kashyap tied the knot in a simple ceremony in Hyderabad on Friday. “Saina got married as per court rules today (Friday) at about 11.30 am,” her father Harvir Singh said.

“It was a small gathering of about 40 guests, including relatives of the Saina and Kashyap’s families. It was a very simple ceremony and December 16th will be the reception,” Singh said.

The guests included governors of Andhra Pradesh and Telangana, according to Singh. Saina posted a photograph with Kashyap on Friday, announcing her marriage. “Best match of my life...#justmarried,” she wrote on the Twitter.

Kashyap said: “We are very happy. Today was a North Indian style wedding and on 16th midnight is the ‘muhurtam’ for the South Indian wedding.”

While Saina wore a powder blue lehenga with minimal makeup and jewellery, Kashyap was dressed in a pink kurta and white pyjamas.

Saina and Kashyap, who met at Pullela Gopichand’s Academy, have been in a relationship for quite some time now. But the couple never came out in the open regarding their relationship.

Saina had confirmed the news of their wedding in October but the hectic international badminton schedule kept them busy.

The pair have been posting images on their Instagram pages over the past few days in the run-up to the big day.

Earlier, Saina had revealed the date of their marriage. She had then mentioned that the relationship goes over a decade back.

“We started travelling for bigger tours from 2007-08 onwards. We played tournaments together, trained together and slowly, started paying more attention to each other’s matches. In the competitive world that we live in, it is difficult to get close to someone. But somehow we both found it very easy to talk to each other, talk about our matches. The feeling gradually grew,” Saina had said.

“But we didn’t think about marriage before. The career that we pursue is very demanding.”