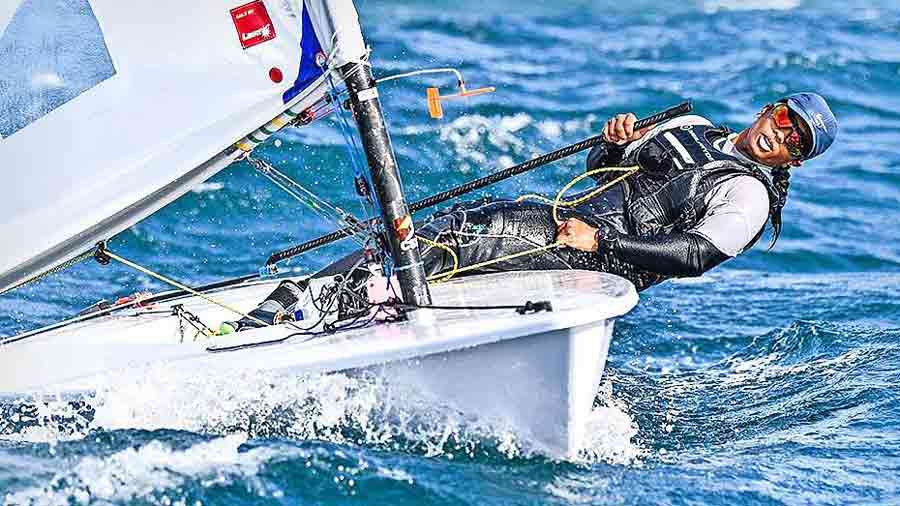 She listens to Same Team by Labrinth on the loop and enjoys a slice of chocolate cake on her cheat day. While that may be common to many 25-year-olds, what sets Nethra Kumanan apart is the fact that she is a trail-blazer in her own right. The engineer from Chennai is the first woman from India who booked a place at the Olympics (Tokyo, laser radial category) directly and that too by topping a qualifying event for the Summer Games.

The nine Indians before her, all of them men, had reached the goal only because the quotas were not filled up. But how did she get interested in a sport that hardly has any following in India? “As a kid, I was curious to try all sports and my parents encouraged my choices from the beginning. One summer, my mother came across an advertisement in the newspaper for a sailing camp, which is where I was exposed to the sport — and it has stuck with me ever since. Sailing is time-consuming, hence I devoted all my time and dedication towards it,” Nethra told The Telegraph from Gran Canaria, a Spanish island on the African coast, where she is training at present.

“I started sailing when I was 12 years old. The first coach I had in India, Peter Conway, realised I had the potential to excel in sailing and pushed me to become the athlete I am today.” Nethra is also the first Indian woman to win an international medal in the sport, after clinching a bronze in the second round of the Hempel World Cup Series in Miami in January 2020. She had also represented India at the 2014 and 2018 Asian Games, finishing fourth at the 2018 edition in Jakarta. And now she is focused on the Paris Olympics.

"There is a lot of emphasis on the mental side of my preparation for the upcoming Olympics. There are blocks I need to break down and I have been working closely with my psychologist. It is a difficult process, but I do feel like it has helped – I have changed as a human and things already seem to be falling into place. I also make sure I have fun along the way, since that is the goal - to be happy.