Marcelinho, having joined Bagan on loan from Odisha, was struggling for game time at his former club but on Sunday he looked a man transformed, adding spark to the Mariners’ struggling attack 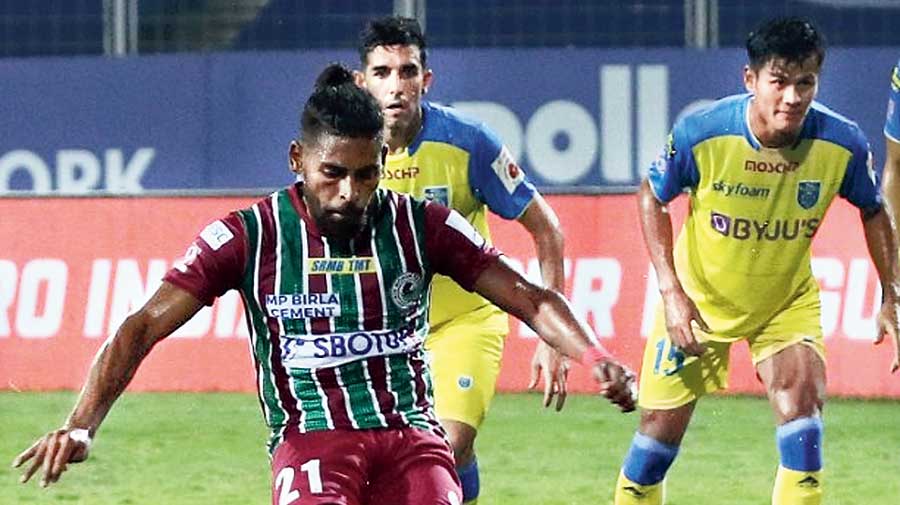 A revitalised Marcelinho and talisman Roy Krishna inspired ATK Mohun Bagan to a thrilling comeback victory as they edged Kerala Blasters 3-2 in a five-goal thriller in an ISL VII match at the Nehru Stadium in Fatorda on Sunday.

Kerala Blasters led through goals from Gary Hooper (14th) and Costa Nhamoinesu (51th) before a goal from Marcelinho (59th) and a brace from Krishna (65th, 87th) helped Bagan complete a thrilling comeback.

Marcelinho, having joined Bagan on loan from Odisha, was struggling for game time at his former club. But on Sunday he looked a man transformed, adding spark to the Mariners’ struggling attack, thriving in a free role up front.

The first half belonged to Blasters, who not only dominated possession but also created multiple chances.

They started strong and missed a gilt-edged opportunity to take the lead in the fifth minute, failing to capitalise on a mistake from Tiri. The defender made a mess of a clearance, which was intercepted by Jordan Murray, who found Sahal Abdul Samad with a cutback. The latter exchanged passes with Hooper but had his eventual shot blocked by Sandesh Jhingan.

Blasters broke the deadlock thanks to a thunderous strike from Murray. Sandeep Singh picked out Hooper in midfield, who controlled the ball with his chest and struck on the volley.

Bagan keeper Arindam Bhattacharja was caught off his line and couldn’t prevent the ball from going in.

It did not take long for Blasters to add another goal. Sahal delivered a teasing corner into the box that was flicked over by Rahul KP. A melee followed in the box and Costa poked the ball home from close range.