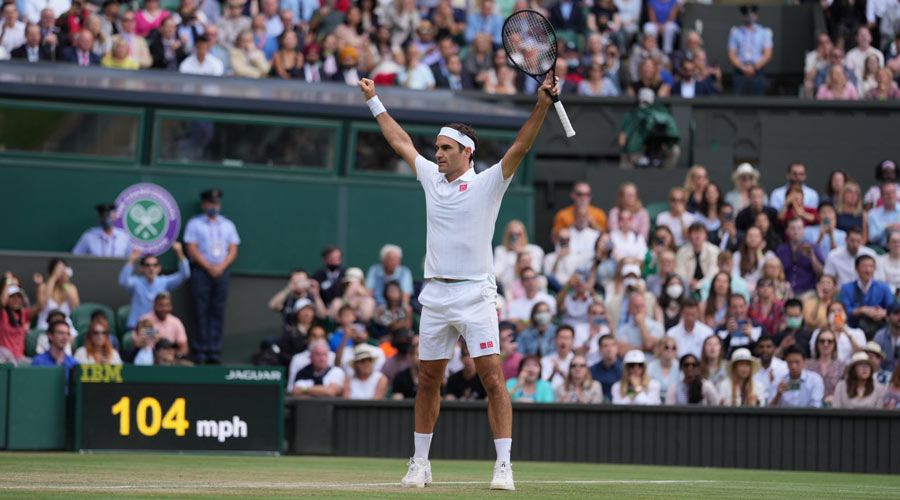 Roger Federer, the elegant and enduring Swiss star who dominated men’s tennis for two decades but saw his more recent years marred by injuries and surgeries, said on Thursday that he was retiring from the sport. “I am 41 years old, I have played more than 1,500 matches over 24 years,” Federer said in an audio clip posted on social media.

“Tennis has treated me more generously than I ever would have dreamed and now I must recognize when it is time to end my competitive career.”

Federer, the winner of 20 grand slam singles titles, said his appearance at next week’s Laver Cup in London would be his final competitive matches. He said he would continue to play tennis in the future, but that he would no longer compete on the ATP Tour or in grand slam tournaments like Wimbledon and the US Open that he once dominated.

“The past three years have presented me with challenges in the form of injuries and surgeries,” he said in a video on Twitter.

“I’ve worked hard to return to full competitive form, but I also know my body’s capacities and limits, and its message to me lately has been clear.”

Federer leaves the game with one of the greatest competitive records in the game’s history: 103 ATP singles titles, 20 grand slam championships, a record eight men’s singles titles at Wimbledon and a record-tying five at the US Open.

Much of Federer’s career has been defined by his rivalries with the two other players at the top of men’s tennis, Rafael Nadal and Novak Djokovic. Federer is the eldest of the trio.

His decision to step away from the game comes after a similar one by Serena Williams, who announced before this year’s US Open that she would wind down her playing career.

“This is a bittersweet decision because I will miss everything the tour has given me... I was given a special talent to play tennis and did it at a level I never imagined for much longer than I ever thought possible,” he said. Federer, the son of a Swiss father and South African mother, was born in Basel, Switzerland, in 1981.

He spent his early years playing many different sports and was considered a particularly promising soccer player. But he definitively chose tennis after beginning to work with the Australian player Peter Carter, who began teaching at the Basel tennis club Old Boys to supplement his income as an aspiring tour-level player.

Carter eventually chose coaching full-time, and he and Federer formed a special bond as he helped the youngster develop his flowing, elegant game, including his often-airborne forehand and his versatile and sweeping one-handed backhand.

Federer was considered a phenomenally talented prospect in Swiss tennis circles, but his potential became clear to a wider audience at 16 when he won the boys singles title at Wimbledon, receiving the trophy during a ceremony on Centre Court, the court that would come to mean the most to him over the years.

His first professional breakthrough at Wimbledon came in 2001 when he upset Pete Sampras, the seven-time Wimbledon champion, in a classic five-setter in the fourth round. In 2003, he won his first major singles title at Wimbledon, displaying all the tools on his Swiss army knife of a game: pleasing the crowd and dismantling the opposition.

He defeated Andy Roddick, another rising talent from the US, in the semi-finals and Mark Philippoussis of Australia in the final. Though Roddick would go on to win the US Open in September and rise briefly to No. 1 in the world, this would be Federer’s era. Federer called wife Mirka “my rock” and her support — and logistical wizardry — were fundamental to his surprising longevity.

Though he began fielding retirement questions after his French Open victory in 2009, he played on for more than a decade, often with great success. “I would like to especially thank my amazing wife Mirka who has lived through every minute with me,” Federer said in his retirement announcement. “She has warmed me up before finals, watched countless matches even while over 8 months pregnant and has endured my goofy side on the road with my team for over 20 years.”

Timeline of journey to pinnacle