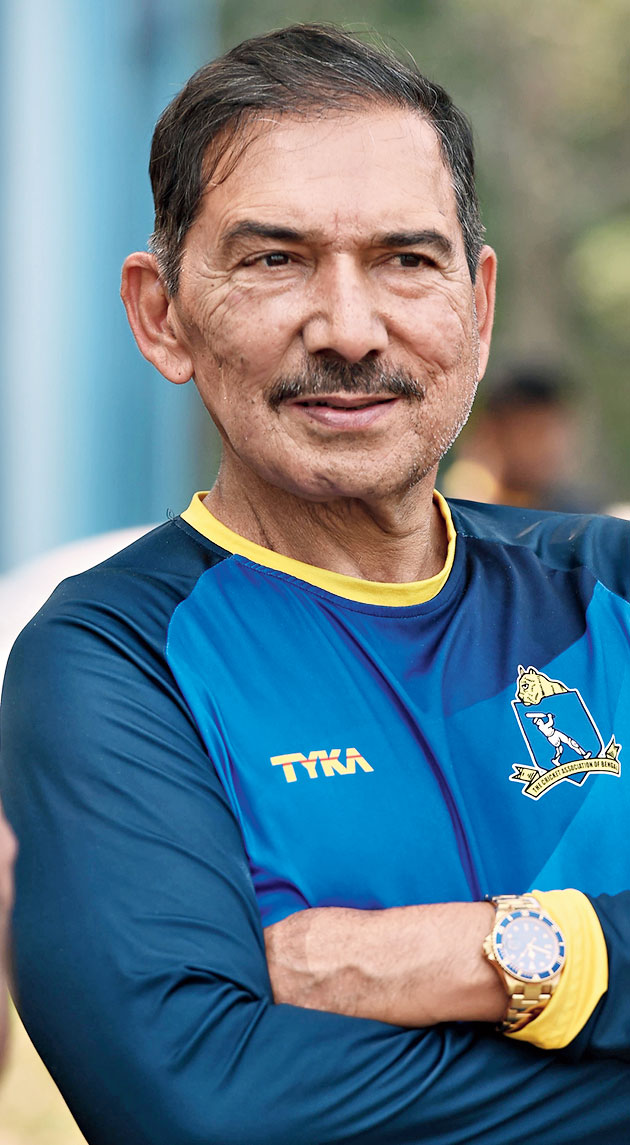 The Saurashtra Cricket Association Stadium pitch used for the ongoing Ranji Trophy final between Saurashtra and Bengal is under the scanner.

The ball kept low from the very first day and had nothing much on offer for the quicks, with Bengal’s in-form trio of Ishan Porel, Mukesh Kumar and Akash Deep struggling to take wickets.

In the final session of Day I, Bengal bowlers did bounce back by striking thrice. But on the second day, they had to toil really hard with Saurashtra reaching 384/8 when stumps were drawn.

As the second day progressed, the bounce became uneven and that could be a major cause for concern while batting in the fourth innings of the game.

“This is a very, very poor pitch. You can’t have such a pitch for a final,” Bengal head coach Arun Lal had lashed out after the first day’s play.

“It’s already dusty out there and the ball is keeping low. No bounce, no carry, nothing... The BCCI should look into such things. If needed, the Board curator should be at the venue even 15 days before the final (in order to supervise the pitch preparation),” Lal added.

“Batting hasn’t been easy. Some of the balls kept low and it will be interesting to how the wicket behaves going forward,” he said.

According to sources, the strip which is being used for the final wasn’t watered enough. “The nature of the surface clearly says there’s hardly been any watering. It will only get drier and drier and may deteriorate,” said someone in the know of things.

“The season is towards its end and if you don’t water the pitch enough, it will only get poorer… It won’t be wrong to say that it was made to suit the purposes of the home team.”

Defending the pitch preparation, the SCA hit back at Lal, asking him to focus on his bowlers’ performance first.

“First of all, the BCCI curator Prashanth Rao has been in charge of the pitch’s supervision and preparation part. Then, there was rain a few days before the match.

“With conditions wet in any case, further watering could have made it a dangerous wicket. Who would have taken responsibility for that then?” fumed a senior SCA official. “If Arun Lal’s pacers can’t deliver, that’s their problem. Why blame the pitch for that?” the official added.