The BCCI brass, scheduled to be in Muscat on Friday, is learnt to have been extremely upset with some of the players’ attendance in Euro Championship matches 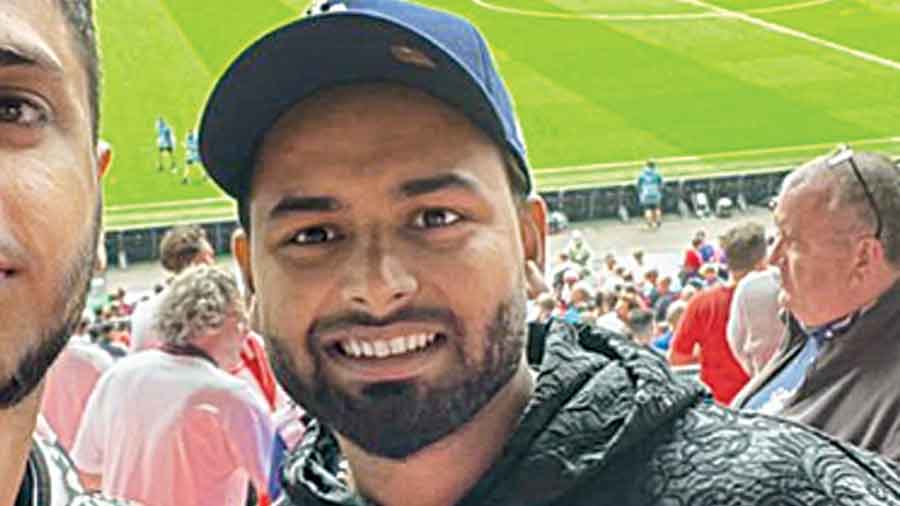 Team India’s tour of England has been hit by positive Covid-19 cases with the Board of Control for Cricket in India (BCCI) confirming that wicketkeeper-batsman Rishabh Pant is nearing the completion of his quarantine period and throw-down specialist Dayanand Garani has also been infected with the virus.

Besides Pant and Garani, those in quarantine are bowling coach Bharat Arun, wicketkeeper Wriddhiman Saha and reserve opener Abhimanyu Easwaran, who have been identified as Garani’s close contacts.

Saha had tested positive for Covid-19 in the first week of May when playing for Sunrisers Hyderabad in the IPL.

Virat Kohli’s men were on a three-week break after the World Test Championship final, which ended in Southampton on June 23. They were to travel to Durham from London, around 442km away, on Thursday evening for a conditioning camp ahead of the Test series against England.

Pant returned a positive test on July 8, is asymptomatic and is “currently undergoing self-isolation at the place where he reported positive”, the BCCI said. He will be able to join the squad in Durham after returning two negative RT-PCR tests. The other four are serving the 10-day isolation in their London hotel rooms.

Sources told The Telegraph that Arun, Saha and Easwaran have all cleared the first round of RT-PCR tests on Thursday. No discussion on possible replacements being flown in has taken place so far because of stringent quarantine protocols in the UK for those travelling from India.

In the absence of Pant and Saha, who are expected to be out of quarantine on July 18 and 24, respectively, KL Rahul is the only other wicketkeeper available in the squad. Rahul is also being considered as a potential opener, besides Mayank Agarwal, in the absence of the injured Shubman Gill.

The BCCI release also said that “to mitigate any further risks”, the Indian contingent will be administered “lateral flow tests on a daily basis”.

The BCCI brass, who are scheduled to be in Muscat on Friday, is learnt to have been extremely upset with some of the players’ attendance in Euro Championship matches. Pant and Jasprit Bumrah had shared pictures of their presence at the Wembley on their social media handles. Head coach Ravi Shastri was also seen as a regular at Wimbledon.

The players though preferred to watch the England-Italy Euro final on July 11 from their hotel rooms.

Most of the players got their second shot of the Covishield vaccine last week as had been planned by the BCCI.

Board secretary Jay Shah was forced to send an email to the team members on July 13 urging them to avoid places of mass congregation. It also highlighted that the vaccine doesn’t “guarantee total immunity or resistance against the dreaded virus”.

Strangely, the email doesn’t have any mention of Pant testing positive.

“It was only expected that the players showed some restraint. Knowing fully well that several cases are being reported in the UK, it is only natural that you avoid such high-risk places,” someone in the know of things said.

The United Kingdom would be rolling back most of the curbs from Monday.

The Indians will play a three-day warm-up match against a County Select XI in Durham from July 20. This will be followed by an intra-squad game in the following week as final preparation before the Test series gets underway at Trent Bridge, Nottingham, on August 4.

India will use the Riverside Ground “as a home venue for their preparations this summer”, Durham Cricket said. The game will be played “strictly behind closed doors”, and will be streamed on Durham Cricket’s YouTube channel.

The England squad was also hit by Covid-19 ahead of the ODIs against Pakistan. England were forced to field a second string side under Ben Stokes’ captaincy.