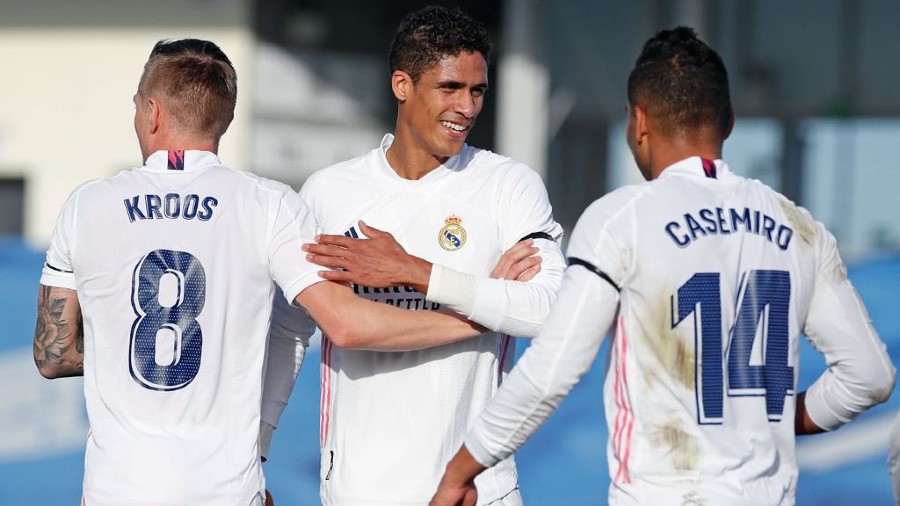 Real Madrid’s Karim Benzema and Toni Kroos were on target in the first half as the hosts easily beat listless Valencia 2-0 on Sunday to make it three wins in a row in La Liga.

Benzema got Zinedine Zidane’s side off to a strong start in the 12th minute when he collected a pass from Kroos on the edge of the area and had enough time and space to pick his spot and fire into the far bottom corner.

Kroos doubled their lead shortly before half-time, finishing off a flowing move by driving a first-time shot low into the net from the edge of the area. The victory took Madrid back into second place on 49 points, five behind leaders Atletico Madrid, who beat Granada 2-1 on Saturday.

Barcelona coach Ronald Koeman expressed his frustration with the small margins involved in VAR decisions after his side had a goal ruled out for a fractional offside in Saturday’s 5-1 win at home to Alaves.

Barca thrashed their opponents thanks to two goals each from Lionel Messi and Francisco Trincao and a late strike from Junior Firpo for a seventh league win in a row but the Dutch coach was still annoyed about a disallowed first-half effort from Messi.