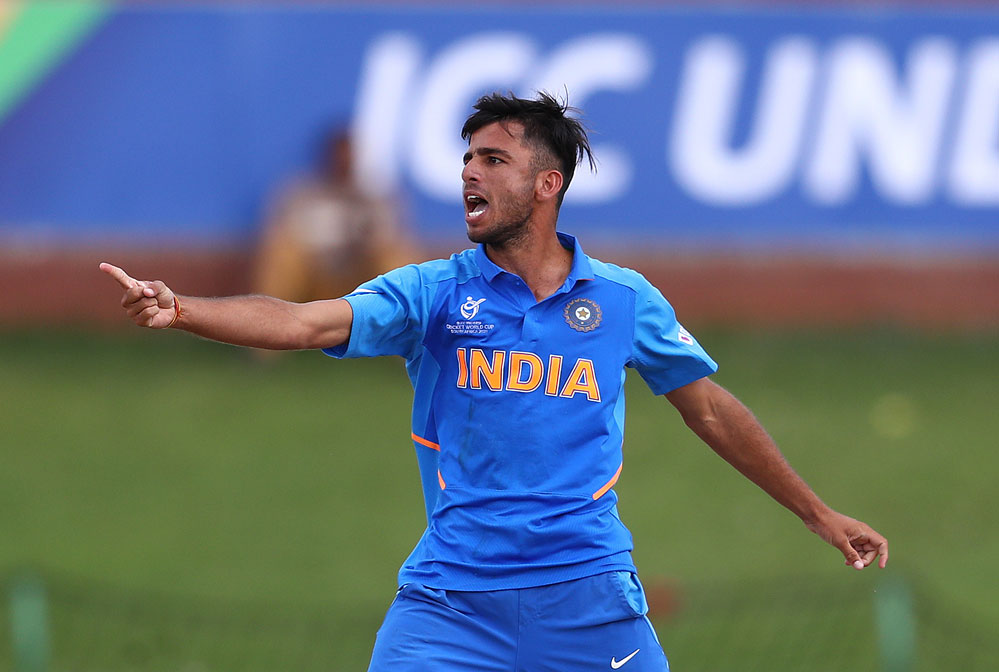 Most of the aspiring leg-spinners look up to Shane Warne and Anil Kumble as their idols. Ravi Bishnoi too is no different.

Seventeen wickets from six matches made the young leg-spinner the highest wicket-taker as well as a standout player of the recently concluded U-19 World Cup in South Africa.

But success with the India U-19 side is history as far as Bishnoi is concerned. He’s now focused on establishing himself at the senior level. And to fulfil his goals, he makes it a point to regularly watch videos of Warne and Kumble.

The 19-year-old understands that the time he gets to spend during the upcoming IPL in the Kings XI Punjab squad could be one of the most enriching chapters of his career.

“The Cup is now over and going forward I have the IPL to deal with. I’m not thinking beyond the IPL at present. It was my dream to rub shoulders with the big names of international cricket and now I need to ensure I play well if I get a chance.

“It will only be more beneficial for me if I can impress on being selected in the XI,” Bishnoi told The Telegraph from Jaipur on Thursday.

“Kumble sir is the director of cricket in Kings XI Punjab. Main unko bahut respect karta hoon (I have a lot of respect for him). I do understand how important a role Kumble sir could play at this stage of my career.

“There is so much to learn from him. One of the most important things I can learn is maintaining the line and length, especially the length,” Bishnoi explained.

About following Warne, the youngster added: “He is another favourite bowler of mine. Not just Warne’s variations, but also his leg-spins and how he gripped the ball… Those are things I try to follow.

“I watch video clippings of his bowling on a regular basis. In fact, I have been watching them since childhood.”

Maturity wise too, Bishnoi seems to be on track. “The experience in the U-19 World Cup was absolutely fantastic…

“Learnt a lot during the tournament and whatever I’ve learnt is an experience in itself, which I really savour.

“It also gave me some idea as to how things would be at the top level. I have understood that no matter what happens, your performance is the last word. That’s what I’ll have to keep reminding myself,” he said.

According to Paras Mhambrey, who coached India in the U-19 World Cup, Bishnoi’s ability to bowl at the death augurs well for him.

“Ravi has been brilliant… What was nicer about him was that whenever the captain required, he was up for the challenge.

“He bowled at the death overs too. If a spinner can do that, he can certainly give you a lot of options and turn out to be a great asset for the team,” Mhambrey said in praise of the youngster.