Rahul getting runs at No. 4 biggest positive, says Kohli

The No. 4 slot in the batting order was an issue for India 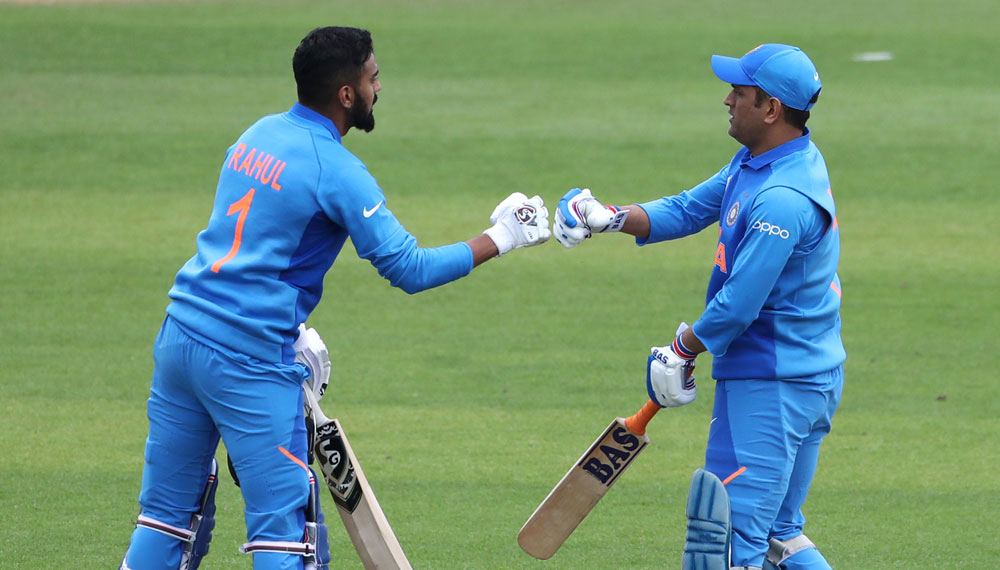 KL Rahul (108) scoring a century at No. 4 in the final warm-up game, against Bangladesh in Cardiff on Tuesday, was India’s “biggest positive” going into the World Cup, feels captain Virat Kohli.

The No. 4 slot in the batting order was an issue for India, but Rahul’s knock has certainly addressed concerns to a fair extent. Rahul and Mahendra Singh Dhoni’s centuries helped India pile up 359/7 from a precarious position of 102/4 in 22 overs after Bangladesh won the toss and opted to bowl first.

Rahul and Dhoni (113) put on a whirlwind 164 for the fifth wicket that laid the foundation for a mammoth total.

“I think the biggest positive from this game was KL getting runs at No. 4. All the others know their roles pretty well, but it was important that KL got runs, as he is such a sound player when it comes to getting the scoreboard ticking. And you saw that in this game. It was a great example of his skill set,” Kohli said during the post-match presentation after India’s 95-run win.

After the disappointing show in the first warm-up game against New Zealand last week, India, again having a shaky start, shook off their rustiness and ended in clinical fashion. Kohli also cited the need for India’s bowlers to be challenged in the warm-up phase.

Bangladesh, in reply, did challenge them for a while. But once the third-wicket partnership between Liton Das and Mushfiqur Rahim was broken by Yuzvendra Chahal, things steadily headed India’s way.

“MS was great again and Hardik (Pandya) struck it well later on. I also got a few at No. 3. All in all, we had a good game…

“With the ball as well, we were challenged to take wickets. Then (Jasprit) Bumrah comes and gives you breakthroughs, with Chahal and Kuldeep (Yadav) taking six wickets between them. It was a complete warm-up game for us,” Kohli said.

The skipper, however, isn’t too worried about openers Rohit Sharma and Shikhar Dhawan not getting enough runs in the practice matches. “Shikhar and Rohit are quality players. They become different players in ICC events, so I’m not too worried about them.

“There’s one more thing regarding this matter… When you are playing so much of cricket, and then you have to come and play warm-up games again, it’s difficult to find motivation. I understand if guys don’t get going straightaway in this format, because you need a situation to challenge yourself and if you don’t get that, it can get pretty difficult especially with the amount of cricket of we play as the Indian cricket team.

“But I am glad with what we wanted out of these two games. I’m sure in the next six days, approaching our first game, everyone will be on the money,” Kohli explained.

Kohli believes batting second could be the way to go for teams in this World Cup as pitches seem to be offering assistance to quicks especially in the initial stages of the matches.

“Especially when you head towards June, the pitches are going to get flatter and flatter in the second half. In the morning, they are going to do a little bit like the first session of a Test match. So, what would be important are the first 15 overs, and most of the teams winning the toss would want to chase.

“We have had two good challenges in the two games while batting first in conditions that were doing a bit… Pretty happy with how we were challenged in both the games,” Kohli concluded.