'Will travel to London on Monday, play an exhibition at Hurlingham and do a week of training to see if it’s possible' 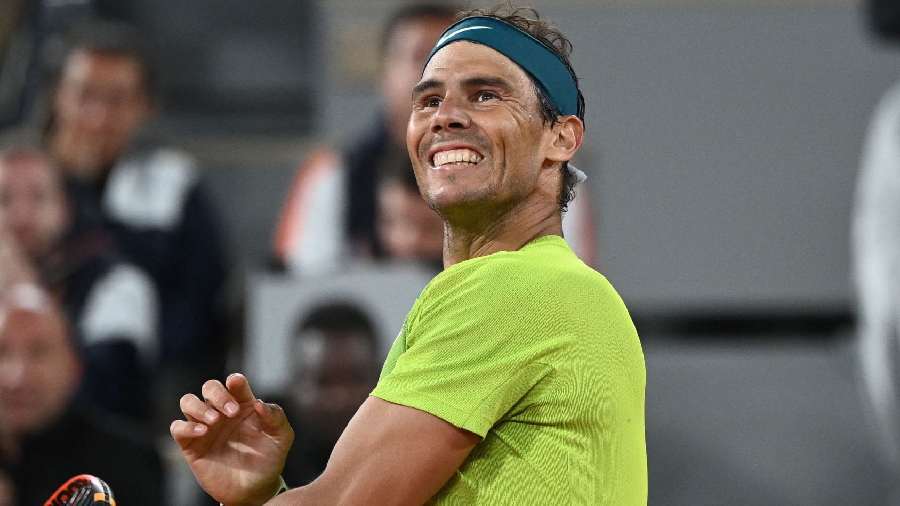 Rafael Nadal says he intends to play Wimbledon after having treatment for his chronic foot problem, reports various international agencies.

The 22-time Grand Slam champion had said he would not keep playing if he continued to need anaesthetic injections in his left foot.

However, the Spaniard had treatment last week to reduce nerve pain and is planning to play Wimbledon, which begins on 27 June.

“My intention is to play at Wimbledon," Nadal said at a press conference in Mallorca.

Nadal’s spokesperson said the treatment would leave the nerves in his foot “temporarily numb".

The 36-year-old then had his first session on grass on Monday at the Mallorca Country Club in Santa Ponca and has steadily increased the intensity of his training this week.

However, he started the year in stunning fashion, winning the Australian Open to secure a men's record 21st Grand Slam title.

He then went on to win a record-extending 14th French Open title last month but needed multiple injections in his foot throughout the tournament.

Nadal underwent radiofrequency ablation treatment - a procedure which uses heat on the nerve to quell long-term pain - after returning from Paris last week.

Formula 14: How Rafael Nadal and Real Madrid keep on winning