When will this nonsense stop: Rudiger 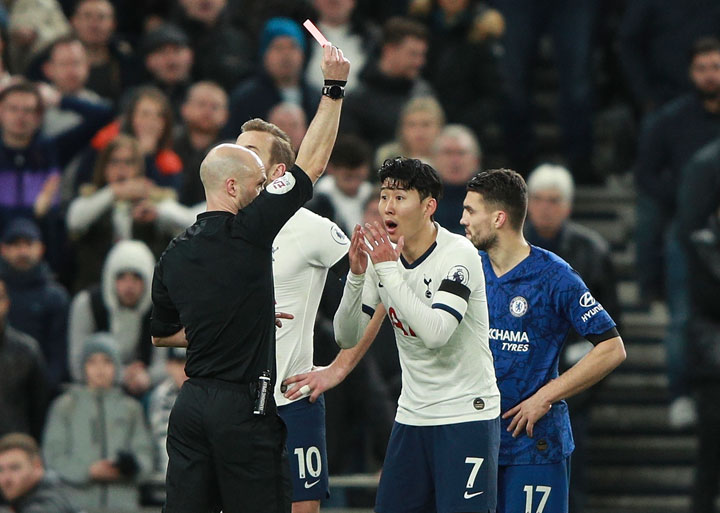 Chelsea defender Antonio Rudiger has urged Tottenham Hotspur to find and punish the individuals who allegedly directed racist abuse at him during Sunday’s Premier League match.

The German was involved in an incident in which Tottenham’s Son Heung-min was red-carded in the 62nd minute and shortly afterwards, Rudiger indicated that he had been the victim of a monkey gesture from the home section.

The Professional Footballers’ Association (PFA) called for a government inquiry into racism in the English game following the match, which Chelsea won 2-0.

“I really hope that the offenders will be found and punished soon, and in such a modern football ground like the Tottenham Hotspur Stadium with dozens of TV and security cameras, it must be possible to find and punish them,” Rudiger tweeted.

“If not, then there must have been witnesses in the stadium who saw and heard the incident. It’s just such a shame that racism still exists in 2019. When will this nonsense stop?”

Tottenham have vowed to take the “strongest possible action” if any fan is identified as having made racist gestures.

Rudiger is the latest Premier League player to suffer alleged racist abuse in a match, with Manchester United’s Fred targeted by a Manchester City fan earlier this month.

A series of racist incidents have tainted European football recently too, with Inter Milan’s Romelu Lukaku and Brescia’s Mario Balotelli subjected to racist insults from rival fans during Serie A matches in Italy this season.

“It’s really sad to see racism again at a football match, but I think it’s important to talk about it in public. If not, it’ll be forgotten again in a couple of days (as always),” Rudiger added.

“I don’t want to involve Tottenham as an entire club into this situation as I know that just a couple of idiots were the offenders. I got a lot of supportive messages on social media from Spurs fans as well... Thank you a lot for this.”

On Sunday, several announcements were made over Tottenham’s public address system saying “racist behaviour from spectators is interfering with the game”, as referee Anthony Taylor stopped the game to talk to the players.

“We are disgusted and dismayed that once again, a Premier League fixture has been tainted by abuse from the stands towards players,” the PFA said in a statement.

The British government on Monday called on football chiefs to do more to rid the sport of racism, but stopped short of launching a full-scale inquiry.

A Downing Street spokesman said that “racism of any kind has no place in football or anywhere else and we must confront this vile behaviour”.