Manchester City and Manchester United have both secured the first two top-four spots, but there is room for two more 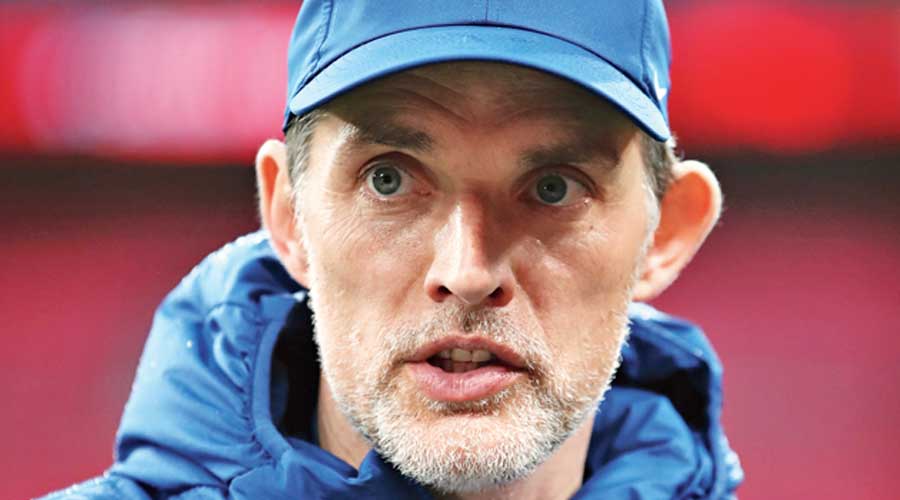 The race among Premier League clubs for the Champions League berths has been blown wide open after Chelsea lost to Arsenal and Liverpool beat Manchester United.

Manchester City and Manchester United have both secured the first two top-four spots, but there is room for two more; and Leicester, Chelsea and Liverpool will be fighting until the final day of the season for that coveted position.

⚫ Leicester’s road ahead: Leicester are on 66 points and have a tough final two fixtures, playing Chelsea away and Tottenham at home.

The Foxes’ supporters would be rooting for Liverpool and West Ham and then hope to win at Stamford Bridge to score a Champions League position.

If Leicester draw with Chelsea, they need to beat Tottenham in their last game to go above the Blues.

⚫ Chelsea’s road ahead: Chelsea are on 64 points and play Leicester at home and Aston Villa away as their final two fixtures.

Should Thomas Tuchel’s side beat Leicester they would only need to register the same result as Leicester on the last day.

Even if West Ham win all of their remaining games and Chelsea manage a point from their last two games, Chelsea will stay above them on the same number of points due to their superior goal difference.

But if Chelsea lose to Leicester, they will have to hope Liverpool and West Ham also lose theirs.

⚫ Liverpool’s road ahead: Liverpool currently sit on 63 points and play Burnley away and Crystal Palace at home for their final fixtures.

Six points in Liverpool’s final two games will secure them a Champions League place. If Chelsea lose to Leicester, then the Reds will just need to beat Palace in their final game.

FA Cup final loss to Leicester City and said they will regroup for their battle to secure a Premier League top-four finish and win the Champions League.

“This is a strong group,” Tuchel told the club website “There is no reason to doubt these players, who have done so well to get into the top four from 10th place, to reach the FA Cup final and to be in the final of the Champions League.”

Leicester City defender Jonny Evans will miss the trip to Chelsea due to foot injury.