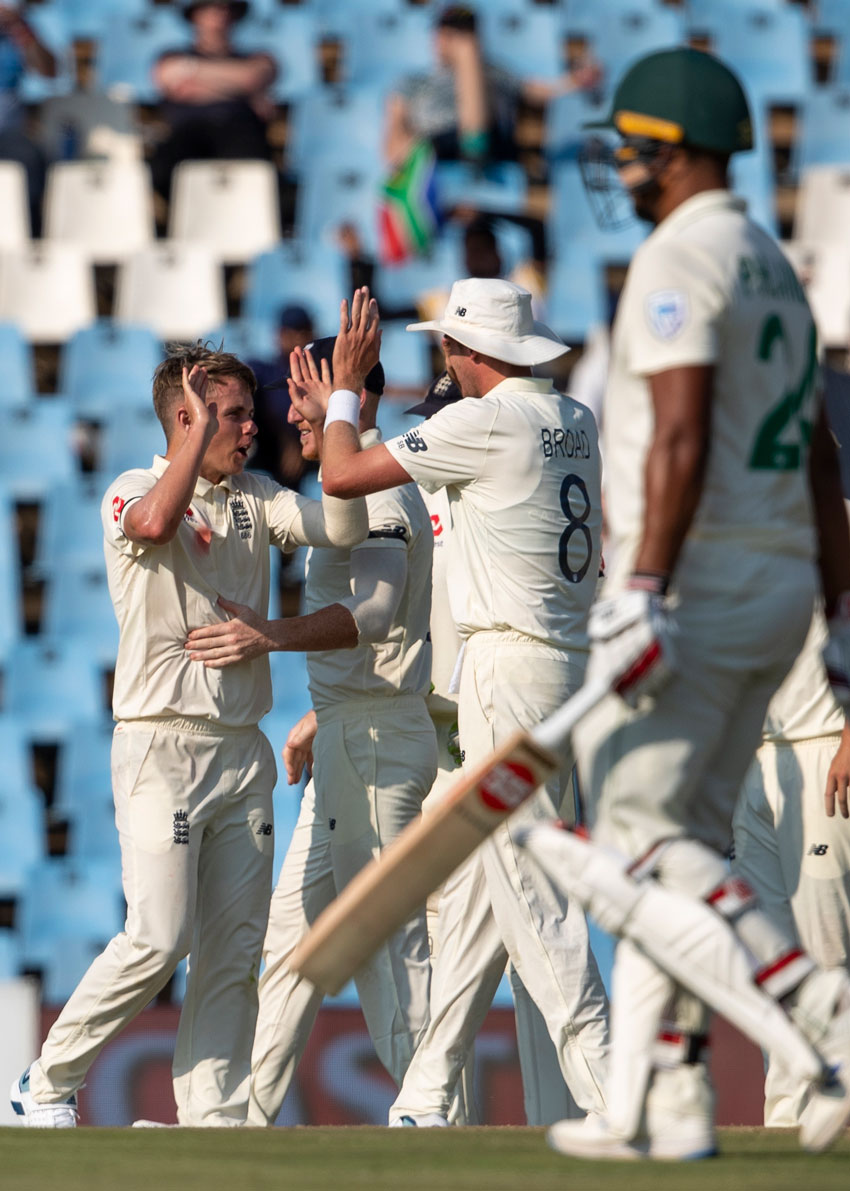 Quinton de Kock fell five runs short of his century after dragging South Africa out of early trouble to 277 for nine at stumps on the opening day of the first Test against England at Centurion Park on Thursday.

England took a wicket with the opening delivery of the four-Test series and had their hosts teetering on 111-5 after lunch but De Kock’s belligerent innings brought South Africa back into the match.

But De Kock wrestled the initiative away from England with an innings that combined early aggression, as he sought to impose himself on the bowlers, with later circumspection.

Meanwhile, photographer Christiaan Kotze became part of the story on Thursday when he was injured in front of the sightscreen and caused a delay to the start of a Test.

Kotze, on assignment for AFP, had finished shooting some pre-play images. He was walking in front of the sightscreen when he tripped on the boundary rope and then lost his footing on a slippery pitch cover. He collapsed in severe pain from what was diagnosed as badly-sprained right knee ligaments.