Playing in a depleted field due to multiple Covid-19 cases, the top seed hardly broke a sweat to get past Malvika Bansod 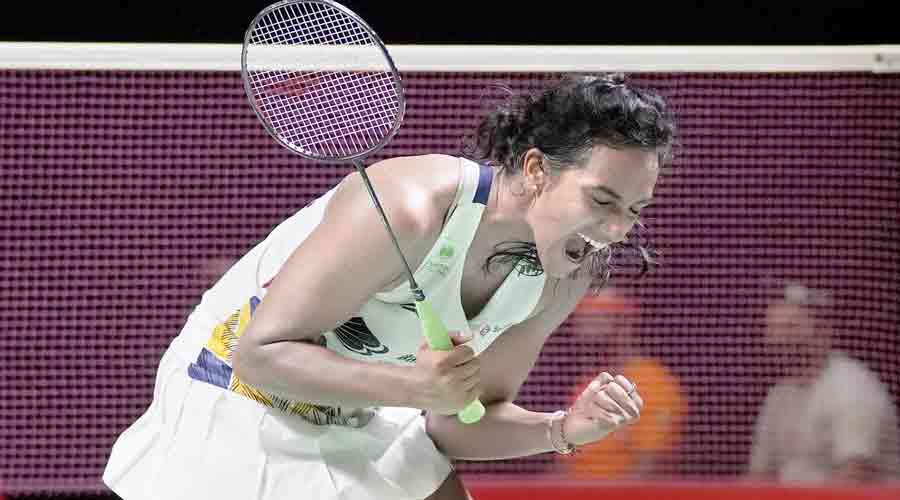 PV Sindhu eased past young compatriot Malvika Bansod in straight games to win her second women’s singles title at the Syed Modi International badminton tournament here on Sunday. Playing in a depleted field due to multiple Covid-19 cases, top seed Sindhu hardly broke a sweat to get past Bansod 21-13, 21-16 in a lop-sided title contest. The final lasted just 35 minutes.

Bhatnagar and Crasto inflicted a 21-16, 21-12 defeat on the unseeded Indian duo in the summit clash that ended in 29 minutes. The men’s singles final between Arnaud Merkle and Lucas Claerbout was declared a ‘No Match’ after one of the finalists tested positive for Covid-19.

It was expected to be a one-sided women’s singles match between world No. 7 Sindhu and young Bansod, ranked 84th in the world, and it turned out to be exactly that.

Sindhu took off from the word go and raced to a 7-0 lead in no time. The ace shuttler used her height and reach to great effect to increase her lead to 11-1 at the break. After the break, Bansod tried to up her game and collected a few points to close the gap but it was no match for a much superior Sindhu, who closed out the first game with consummate ease.

The second game, however, produced a better contest with Bansod trying her best to lift her game, and she did that too, but it was not enough to challenge Sindhu’s class. Sindhu mixed her smashes with pinpoint drop shots, which Bansod failed to counter as the Olympic medallist raced to a 11-4 lead at the break.

Bansod managed to pick up some points but lacked the temperament and class as Sindhu closed out the contest without any fuss.  “From the first game I just went for the win and for me every point mattered. Even though I was leading I didn’t take it easy,” Sindhu said after the match.

“Every medal means a lot to me because there are a lot of memories with these and I am sure and hope I will get many more medals."