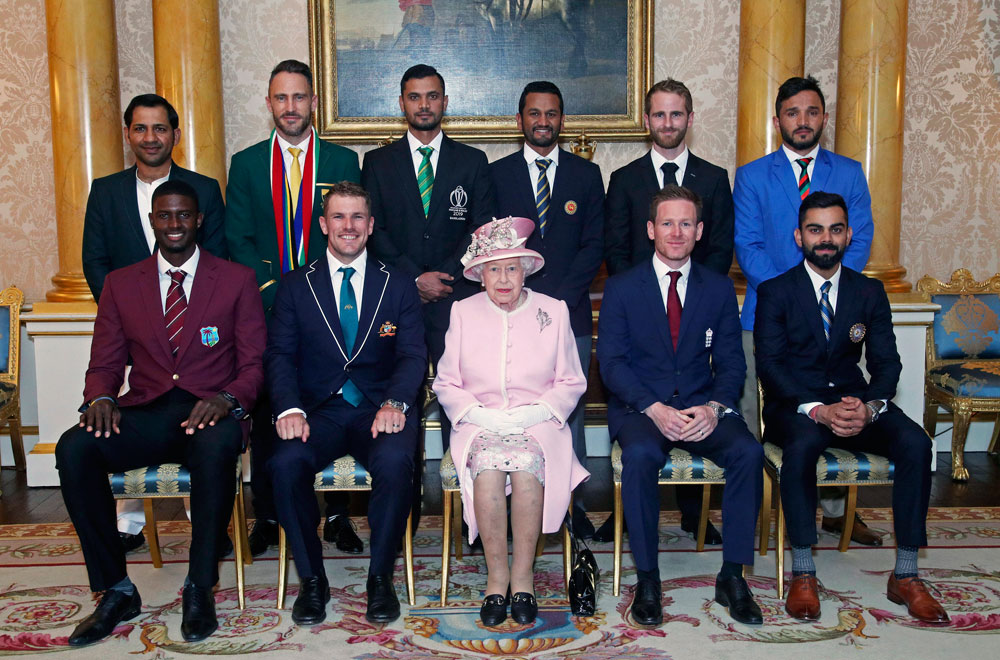 It has survived! The World Cup is alive and kicking and once again we are salivating over the prospects of all those involved in this the 12th incarnation of the tournament that goes back to 1975.

There was a time when we all feared the imminent demise of 50-over cricket. It had become too formulaic, too predictable, too dull. Now that teams have worked it out that they can play mostly T20 style cricket for pretty much a whole day, the format has been given a real shot in the arm and has become an adrenalin rush!

In England anticipation is as high as it could be. Eoin Morgan’s team are the favourites, and on home soil, we have never had as good a chance as this to actually be World Cup winners. He is a most impressive person and an outstanding one-day captain, in my book the best in the world.

When you meet him, he has the steeliest look in his eyes you have seen for a long, long time and he fixes his gaze firmly on you, emphasising his command of that and any situation. I’d follow him to most places but not, as the cliché says, through a brick wall. That is just dumb!

He has overseen the most dramatic change in England’s white ball teams, ditching the outdated, outmoded approach that cost them dear in the previous World Cup, picking the players he wants and not the bunch that he inherited last time, and, most importantly giving them the absolute belief that they can perform beyond accepted bounds. Boy, has it worked!

It would be easy to point at the massive totals his batsmen have compiled recently and say that is where the confidence is most evident, but it is widely acknowledged that his greatest triumph is giving Adil Rashid the confidence to bowl to take wickets (now there’s a novel idea!) and to become a vital part of a top team.

I join with all those who have already cited the bowling as being the key. I have mentioned Rashid as a key figure for England and whose rise to prominence has only come because his captain understands how to use spin in ODIs. England have also quite rightly included Jofra Archer, who has proven in IPL, an excellent training ground for pressure cricket, what an extraordinary array of talents he possesses.

However, despite the hype, we are all, Morgan included, aware that a bad half an hour at an important time can derail even the best. Mike Gatting’s ill timed (in both senses) reverse sweep in the 1987 final handed the game to the Aussies. Graham Gooch’s team in 1992 had been the best side in the tournament, albeit New Zealand had pushed them hard, but still lost on the back of a couple of questionable decisions and a brilliant burst of fast swing bowling from Wasim Akram.

At least some good came out of it. Imran Khan was able to dedicate the win to the people of Pakistan and build his cancer hospital and look where he is now. Whether had Graham won that day he would be prime minister of the United Kingdom is more a moot, not to say bizarre, idea but we could do with something uplifting from the sporting world in the UK right now, in the same way that Ian Botham distracted the country from social and industrial unrest in 1981.

One should not forget either that there are some extraordinary cricketers and some very strong sides in this competition, all of whom have ambitions as strong as Morgan’s.

My top-four teams are England, India, New Zealand and a resurgent Australia. By no means out of the frame are South Africa, West Indies and Pakistan, who have the admirable habit of finding someone to inspire them in the latter stages of an ICC world event and take them to unexpected triumphs, such as in the last Champions Trophy.

As the powerhouse of modern cricket, India will be hopeful of repeating the glory of the 1983 victory at Lord’s. That was the day that cricket became more interesting to the subcontinent, which brought a massive market to the world game and led in turn to the IPL.

Whereas Kapil Dev would be one of the few cricketers of that era that one could imagine starring again in the current era, the present-day Indian squad has to be the strongest of all time. Kapil was mostly fast medium, fading in pace as the years progressed but making up for it in guile, but today’s attack both has pace and exceptional skill, skill honed both in IPL and the modern 50-over game. There is no better example than Jasprit Bumrah, who has become the world’s leading exponent of the art of bowling at the death.

Any side containing Virat Kohli knows it has the world’s best batsman at its disposal, and when it comes to the final games of a World Cup, the skills and temperament of a Kohli backed up by a batting line up that is well practised in the one-day arts are the things that win you crunch games.

It was interesting to hear Virat a few days ago cautioning that the gung-ho, ultimate positive cricket that has become the norm in the most recent years might not work so easily at the business end of the tournament when the stakes are highest. But in the meantime there will be undoubtedly some massive batting efforts.

Whatever one thinks of warm-up matches, New Zealand posted a big message with their win over India. That same well-practised batting line-up melted away in the face of a withering opening spell from Trent Boult and that was pretty much the game done from that early point.

All the top sides have to be able to take wickets as well as pile on the runs. New Zealand know that the new ball and the likes of Boult and Tim Southee are potential match-winners. In Kane Williamson, they have a world top-four batsman and in Ross Taylor a danger man with years of experience. They might be missing the unfettered brilliance of Brendon McCullum from four years ago but they know what it takes to get to a final if not yet to win one.

Australia proved in India not so long ago that they are well on their way back to the top. Winning any sort of series in India takes some doing, and to do so coming from behind showed real character, so much so that there were concerns voiced about the effect on that team’s spirit that the return of Warner and Smith might have.

That, I’m afraid, was absurd. Everyone knows that Warner and Smith, if fit and available, walk into an Australian side. Both showed in the warm-up match against England that they are ready to make a mark on this tournament and I have no doubts that they will make a big impression. I also expect Glenn Maxwell to use these next few weeks to finally bolster his reputation.

Australia’s bowling unit has gained confidence over the last months too. So, led by Pat Cummins and Mitchell Starc and with useful spin in the line-up, they have the all round talents to succeed in England. Nor do you ever discount a nation that has won the World Cup more than any other as that history alone can be inspirational and makes a great starting point for a captain’s team speeches.

Those are my top-four but the breadth of talent across the board in the world means that West Indies, who drew their series 2-2 at home to England, know they have the ability to beat the best, South Africa, despite the absence of potentially some of their best players, still have match-winners, and Pakistan, who just love upsetting the odds at the last moment, all have ways of getting through to the semi-finals.

David Ivon Gower, an Ashes-winning former captain of England, will be writing 11 columns for The Telegraph during the World Cup which begins today