Varane, who completed a reported $45.76 million move to United from Real Madrid in the close season, returned to the side following a groin injury 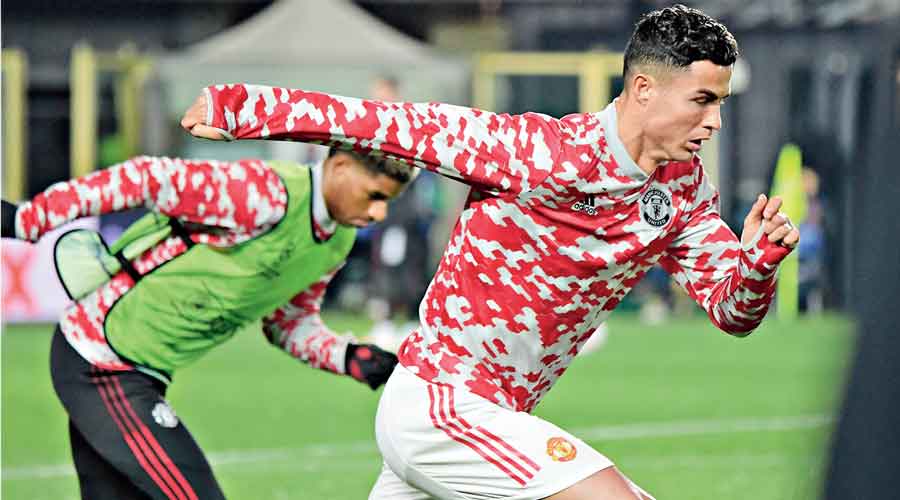 Manchester United’s France defender Raphael Varane has become an influential member of the team and his absence for up to five weeks with a hamstring issue represents a blow to the Premier League side, manager Ole Gunnar Solskjaer said on Friday.

Varane, who completed a reported $45.76 million move to United from Real Madrid in the close season, returned to the side following a groin injury in their 3-0 league win at Tottenham Hotspur last Saturday.

However, he sustained another problem in the first half of United’s 2-2 Champions League draw at Atalanta on Tuesday.

“With all the technology now you expect him to be out for four or five weeks with the scans. It’s a blow. Raphael has come in and been really influential,” Solskjaer told reporters ahead of Saturday’s Derby clash at home to Manchester City.

“Eric Bailly came in last time and was excellent. That’s why we have a big squad and cope with absentees.”

Solskjaer could also be without central defender Victor Lindelof who is also nursing a training ground injury.

“He’s still a doubt but, hopefully, he can come back in tomorrow and say he’s ready ... I would expect him to be ready, put it that way but I can’t promise you,” he said.

Manchester City manager Pep Guardiola refused to get caught up in the hype surrounding the weekend Derby at Manchester United, saying it was special for the fans but was not like playing in a semi-final or final.

Asked if it was the biggest game for him, Guardiola replied: “I don’t think so, maybe for some people. We try to make every game important. Of course Derbies are special for many sentimental issues but we want the same results. But in the end it is not a final or a semi-final.”

City bounced back from a 2-0 home defeat by Crystal Palace in the Premier League last weekend with a thumping 4-1 win over Brugge in the Champions League in midweek.

Third-placed City have scored 20 goals in the Premier League this season, nine fewer than Liverpool in second and six behind leaders Chelsea.

Liverpool’s Brazilian forward Roberto Firmino sustained a serious hamstring injury in Wednesday’s 2-0 Champions League win over Atletico Madrid and there is no timeline for the 30-year-old’s return, manager Juergen Klopp said. The injury could rule Firmino out for a number of matches, starting with Sunday’s Premier League trip to West Ham United as second-placed Liverpool look to close a three-point gap on leaders Chelsea.

“Bobby is not good news with a serious hamstring injury, really unfortunate. We don’t know exactly how long he’ll be out but it’ll be not now after the international break directly. We have to work on that,” Klopp told Liverpool’s website.

Klopp said defender Joe Gomez (calf) and midfielder Curtis Jones (eye) will also miss Sunday’s clash due to injuries. “Curtis is a completely different story (to Firmino), he was unlucky in training â€” he got a finger that scratched the eye. I had a lot of injuries to players in my career, that was not involved,” Klopp added.

“And Joey, hopefully after the international break as well.”

Tottenham Hotspur’s Harry Kane has said the club’s recruitment of Antonio Conte as manager shows great ambition and leaves the players with no excuses as they try to turn around a mediocre start to the season.

Kane’s poor Premier League form was a factor in Nuno Espirito Santo’s sacking this week after only four months in charge with the striker having netted only once in 10 games.

The disappointment of the England captain’s failure to get a move to Manchester City in the close season has appeared to weigh on Kane who has looked disillusioned at times this season.

But the 28-year-old was effusive in his praise of Conte after Tottenham’s frantic 3-2 victory over Vitesse Arnhem in the Europa Conference League on Thursday — Conte’s first game in charge.

“It shows great ambition to be honest. His resume speaks for itself, everyone knows how highly thought of he is and what he has done as a manager in the game,” Kane said of the Italian who has won league titles with Inter Milan, Chelsea and Juventus.