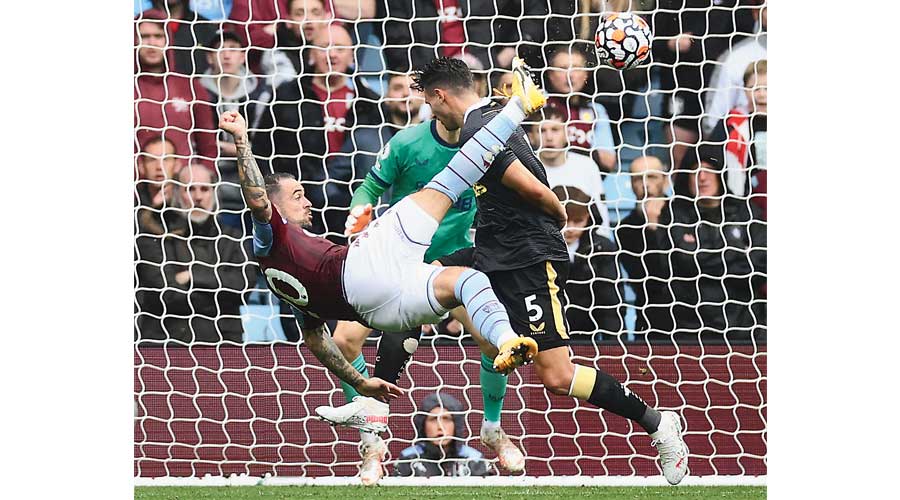 City’s lead after they had taken the lead in the seventh minute with a Tim Krul own goal.

Beaten in their opening game at Tottenham Hotspur last weekend, City looked far sharper and swarmed all over a lightweight Norwich. They also had a Ferran Torres goal ruled out inside the opening 20 minutes.

Norwich avoided any further damage until midway through the second half when Aymeric Laporte fired in from close range.

City then turned the screw with Raheem Sterling and Riyad Mahrez both getting on the scoresheet with well-worked goals.

It was an impressive display by City and a memorable day for their £100-million man Grealish, although it was Brazilian Jesus who stole the show with three assists.

A brilliant volley by Danny Ings and an Anwar El Ghazi penalty gave Aston Villa an easy 2-0 victory over a poor Newcastle United side in the Birmingham club’s first home game of the season.

Liverpool made it two wins from two at the start of the new Premier League season as they cruised to a 2-0 home victory over Burnley.

Diogo Jota edged Liverpool in front with his second goal in as many games in the 18th minute, a brilliant header in front of a first full Anfield in 17 months. Sadio Mane made it 2-0.