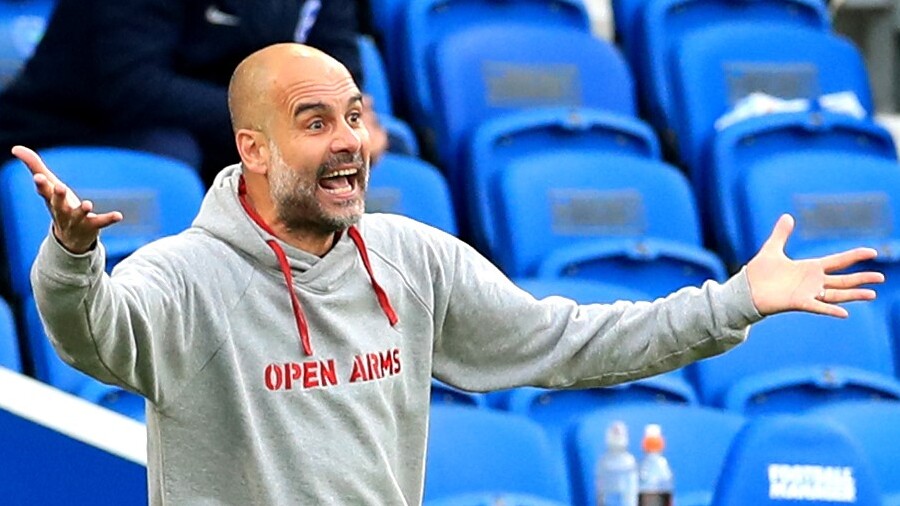 Manchester City have now created a buzz for being the losing side. That too, against Brighton.

They were beaten 2-3 by the 15th-placed club in an away game last night, and that is probably the wake up call they needed before taking on Chelsea in the all-English Champions League final on May 29.

Despite scoring early in the second minute, City were one man down barely ten minutes into the game. Joao Cancelo was sent off after a harsh tackle on Danny Welbeck. “Eleven against 11 against Brighton is tough, 11 against 10 is difficult so we have to improve for the final. Unfortunately after 0-2, we conceded a goal so quick and after they push a lot, we were more tired and could not keep the ball as much as possible - we could not do it and unfortunately we lost the game,” the City coach was quoted as saying by BBC.

Phil Foden scored soon after half-time, putting City 2-0 ahead. But then came the turnaround, when successive strikes by Brighton’s Leandro Trossard, Adam Webster and Dan Burn threw City out of gear. But Guardiola is upbeat and is taking the UCL summit showdown against Chelsea very seriously. “On Sunday, with our people, we are going to lift the Premier League trophy. And after we are going to go for the final of the Champions League. I am concerned because this is the final of the Champions League, because the opponent is so tough,” he told BBC.

Chelsea avenged their FA Cup final loss against Leicester City last night. The Blues not only beat the Foxes 2-1 at Stamford Bridge, but also ensured they remain in contention for the Champions League. Around 8,000 fans saw Antonio Rudiger and Jorginho put Chelsea ahead in the game at Stamford Bridge. Rudiger scored in the 47th minute while Jorginho doubled their advantage through a penalty in the 66th minute. Kelechi Iheanacho scored for the Foxes with 14 minutes remaining on the clock, but Chelsea held their nerve. “The fans made a huge difference. The speed in our game, the hunger, the ambition. It was a very strong performance. The job is not done but it's still in our hands. We need another huge performance at Aston Villa,” Thomas Tuchel told AFP after the game.

Edinson Cavani's 40-yard-chip over Fulham goalkeeper Alphonse Areola brought Old Trafford to life, and the Red Devils were 1-0 ahead. But Fulham managed to pull back as Joe Bryan made perfect sense of a Bobby Decordova-Reid cross to equalise in the 76th minute. “The buzz, the energy, the atmosphere was magic, really. We've really missed it. It was fantastic to have them back,” United manager Ole Gunnar Solskjaer told AFP.