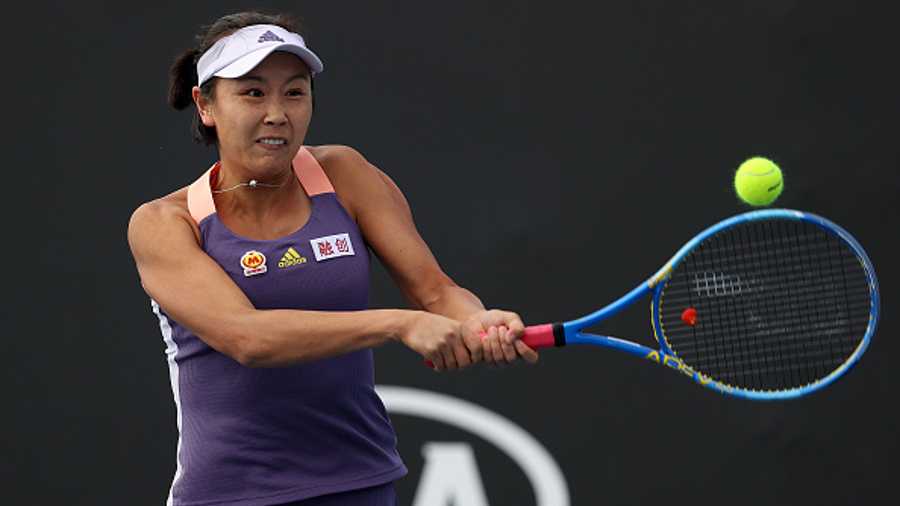 The Women’s Tennis Association (WTA) drew criticism on Thursday from China for its decision to suspend all tournaments in the nation, out of concern for the well-being of star player Peng Shuai and the safety of other players.

Unconvinced by former world No.1 doubles player Peng’s public appearances since her sexual assault accusations against former vice-premier Zhang Gaoli a month ago, the WTA said it wanted assurances of her well-being and has sought an investigation.

The decision comes as Beijing prepares to host the Winter Olympics in February.

“I don’t see how I can ask our athletes to compete there when Peng Shuai is not allowed to communicate freely and has seemingly been pressured to contradict her allegation of sexual assault,” WTA chief executive Steve Simon said in a statement. “Given the current state of affairs, I am also greatly concerned about the risks that all of our players and staff could face if we were to hold events in China in 2022.”

Asked about the matter at a regular briefing in Beijing on Thursday, foreign ministry spokesman Wang Wenbin did not directly comment on the move, but said China “opposes the politicisation of sports”.

While Beijing has remained largely silent over the scandal, Global Times — published by the ruling Communist Party’s People’s Daily — took aim at the WTA on Thursday. “Some forces in the West are instigating a boycott against the Beijing 2022 Winter Olympics,” it said in an editorial on its Twitter account, which is not accessible within China.

The IOC said it held a second video call with Peng on Wednesday. “We have already agreed on a personal meeting in January,” it said in a statement on Thursday.

Tennis great and founder of the WTA, Billie Jean King, was among those who applauded the announcement. Martina Navratilova also signalled her support on Twitter, suggesting the IOC “take note”.