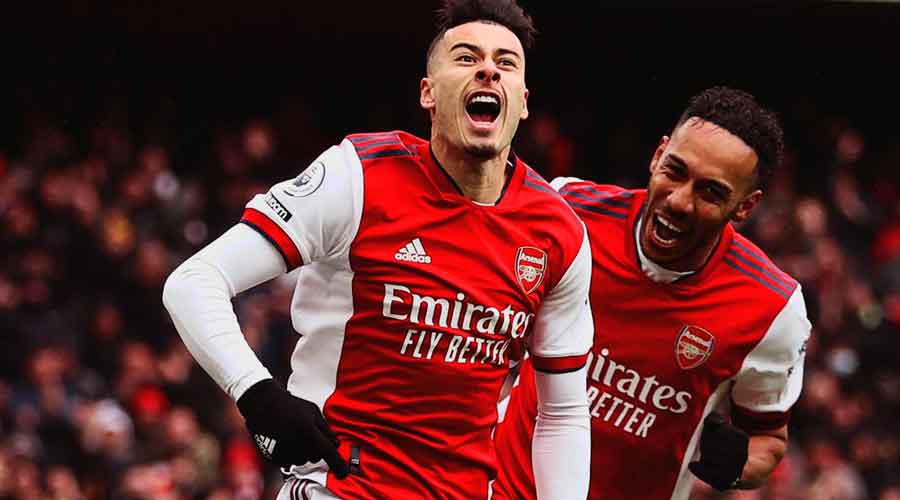 Mikel Arteta praised his side’s patience as they moved right into the mix for a top-four place with a 2-0 Premier League win over Newcastle United on Saturday.

It had looked like being a frustrating afternoon for Arsenal as they sought to rebound from last week’s 0-4 hammering at Liverpool, a result that ended a 10-game unbeaten run.

But Bukayo Saka slotted home in the 56th minute and Gabriel Martinelli sealed the points 10 minutes later shortly after coming on to replace the injured Saka.

The only bad news for Arteta was the injury to Saka, who had been Arsenal’s best player.

“I am happy with the points after losing last weekend. You have to win straightaway. Overall, I’m pleased,” Arteta said.

“The word was we had to be patient. We had to play with urgency and rhythm. That’s what we did in the second half. We found spaces and that’s how we scored the goals.”

Arteta made one change from the side that lost at Liverpool with Alexandre Lacazette making way for Martin Odegaard who came close with a first-half free-kick.

Diogo Jota’s early double set Liverpool on their way to a crushing 4-0 victory over Southampton to move up to second in the standings behind Chelsea.

Midfielder Thiago Alcantara and Virgil van Dijk were the other scorers.