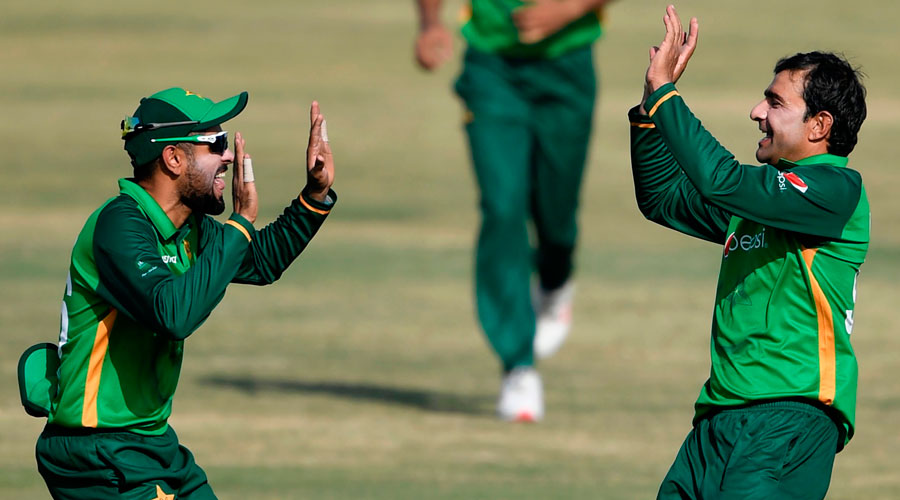 The 30-year-old spinner Ahmed took 5/40 as Zimbabwe were bowled out for 206 in 45 overs after the visitors opted to bat.

Pakistan romped to 208 for four with more than 14 overs to spare and took an unassailable 2-0 lead in the three-match series.

Captain Babar Azam led the chase with an unbeaten 77 off 74 balls and raised the victory with a straight six off spinner Wesley Madhevere in the 36th over.

Aleem Dar on Sunday broke the record for most ODIs as an on-field umpire when he stood for his 210th match. The 52-year-old surpassed South African Rudi Koertzen’s record of officiating in most ODIs. Dar also holds the record of umpiring in most Test matches.