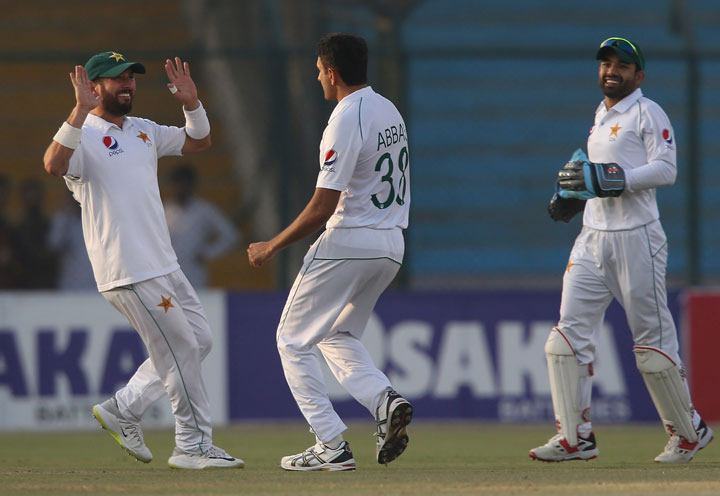 Pacer Lahiru Kumara and spinner Lasith Embuldeniya picked up four wickets each to help Sri Lanka bundle out hosts Pakistan for 191 in the first innings on the opening day of the second and final Test here on Thursday.

Asad Shafiq and Babar Azam struck fifties with opener Abid Ali, who made 38, the only other batsman for the hosts to reach double digits after captain Azhar Ali opted to bat first.

In reply, Sri Lanka reached 64 for three in their first innings at the close of the day’s play with Pakistan’s fast bowlers doing all the damage.

Oshada Fernando was the first to fall to Shaheen Afridi for four while captain Dimuth Karunaratne was out for 25, dragging Mohammad Abbas on to his stumps.

Earlier, left-arm seamer Vishwa Fernando gave Sri Lanka a brilliant start by sending back Pakistan opener Shan Masood and Azhar, who has not scored a fifty since his 134 against New Zealand in December, 2018, in the space of three deliveries.