Paddy: Teams need to have right balance in World Cup 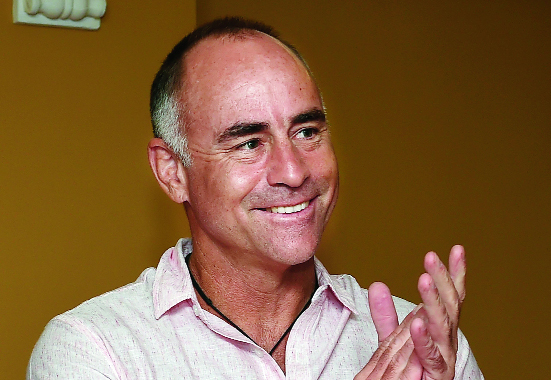 Paddy Upton knows a thing or two about champion teams. After all, he was Team India’s mental conditioning coach during the Gary Kirsten years (2008-2011) and was part of India’s 2011 World Cup triumph. Most recently, he has coached Rajasthan Royals successfully .

This season, though, has been “pretty bad” for the Royals. So upset was Upton that he took “five days off” in a remote beach in Thailand to clear his mind.

Upton reckons that a right balance is needed for teams to succeed in the World Cup.

“The first thing is you need to have the right balance to beat any team in the World Cup. So skill and balance of skill is No. 1…

“Secondly, you need to have the right preparation to play against any opposition in any situation and under all conditions — spinning, seaming or bouncy wickets. So once you have got the skills and preparation, it becomes fairly easier to have a winning mindset…

“You also have to remain composed during the key moments. So, it’s a combination of skills, preparation and mental composure in the big moments,” Upton told The Telegraph at The Conclave on Monday during a promotional for his book, The Barefoot Coach.

“The deciding factor is the team which has got most players on form at a given point in time... Quite a few teams have good skills and they are all going to come there prepared and it’s going to come down to form during the course of the tournament,” he said.

Upton feels it will be tough to pick a favourite for the World Cup. “England have got to be the favourites and very closely behind are India and Australia. Don’t forget India have a very good team. They are playing very good cricket and doing well overseas.

“And they have got MS Dhoni and (Virat) Kohli. These teams are, I reckon, neck-and-neck favourites,” Upton said.

But which other team will complete the semi-final line-up? “South Africa… They do not arrive with so much experience as some of the other teams. If the big players find form at the same time, they are a team that could go as far as the final.”

The mental conditioning coach also thinks Dhoni’s presence will be of huge significance in the World Cup. “MS brings three things to the table… His ability to chase down a score, which is significant… Then the ability to stay calm and composed during the big moments, and he will be a big support to Kohli and his captaincy,” Upton said.

Upton doesn’t wish to read much into Rishabh Pant’s absence from the squad. “There’s probably at least five players who justifiably feel disappointed at not being able to make it simply because there’s so much talent in India.

“India could probably send two teams to the World Cup and both would make the semi-finals. That’s how good Indian cricket is.”

He felt it was a case of “missed opportunities” for Rajasthan Royals this time. “We had opportunities to win close games in the final over probably at least thrice and didn’t seize them.

“It was about missed opportunities in key moments that cost us dear… And some bad luck… The ‘Mankading’ incident, rain, ball hitting the stumps and bails not coming off, losing key players…”