Ole Gunnar Solskjaer takes a dig at baiters of Ronaldo 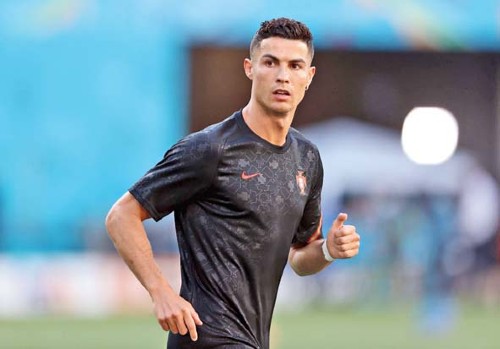 Ronaldo grabbed the 81st minute winner with a superbly executed header to maintain his 100 per cent scoring record in group F after three games.
File picture
Agencies   |   Manchester   |   Published 22.10.21, 02:18 AM

Manchester United manager Ole Gunnar Solskjaer said Cristiano Ronaldo had answered many critics of his value to the team with his display in the 3-2 Champions League win over Atalanta on Wednesday.

Ronaldo grabbed the 81st minute winner with a superbly executed header to maintain his 100 per cent scoring record in group F after three games.

But Solskjaer took aim at those who had questioned whether the Portuguese forward, the Champions League record goalscorer, contributed enough work-rate to his side.

“Cristiano is great in front of goal. If anyone wants to criticise him for effort and work-rate just watch this game. Watch how he runs around,” said the Norwegian.

“I was really, really pleased with how he led the line, we asked him to run the channels, drop in, press more, because we are at home.

“He was also even back in his own six-yard box and making blocks at the end, defending, you could see him sprinting. He did everything a centre-forward should do, leading the line and defending and of course, the goal is just what he does better than most,” he added.

Ronaldo has scored six goals in eight games for United in all competitions so far this season. Solskjaer, who has faced plenty of criticism himself after Saturday’s 4-2 defeat to Leicester City in the Premier League, praised his side’s attitude after going into the break two goals down.

“I thought we played well and they scored a goal out of nothing and then another set piece. But we never stopped believing and kept going,” he said. Solskjaer bridled at the suggestion that the players had shown they were playing for him — after the criticism of the weekend display.

“Don’t disrespect the players. They play for Manchester United and they know they are the luckiest men in the world,” he said.

“Tonight (Wednesday) they are the luckiest men in the world because they get to play for Manchester United. That is what so many millions of boys and girls want to do.”

Captain Harry Maguire also heaped praise on Ronaldo. “I was right behind him. His leap, his timing, it was perfect right in the corner,” Maguire said. “We see it day in, day out in training and in the goals he has scored throughout his career. He has come up with a massive goal for us again,” he added.