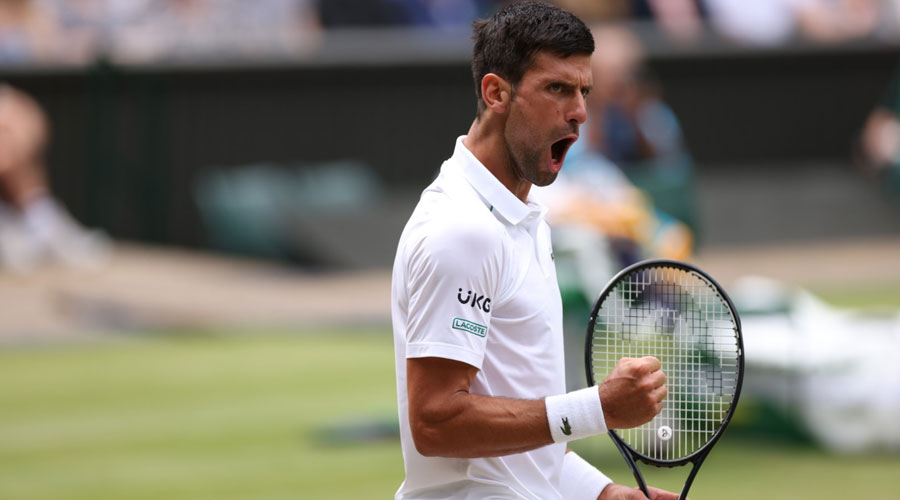 Playing in his 50th grand slam quarter final, Novak Djokovic recorded a century of tour-level wins on grass as he suffocated the challenge of Marton Fucsovics with a 6-3, 6-4, 6-4 win to reach the Wimbledon semi-finals on Wednesday.

Fucsovics produced some gutsy shots to stay alive in the first set when Djokovic stood at 5-0 up with two set points and hung in with the top seed till 4-4 in the second.

But once Djokovic broke for a 5-4 lead in the second set, it was clear that this would not be his day.

In his 10th Wimbledon semi-final the Serbian will meet Canadian 10th seed Denis Shapovalov in the last four.

Matteo Berrettini powered past Canada’s Felix Auger-Aliassime 6-3, 5-7, 7-5, 6-3 to set up a semi-final date with Hubert Hurkacz.

Rohan Bopanna stayed solid with his service games and net play but Sania Mirza’s serve was consistently put under pressure as the Indians lost 6-3, 3-6, 11-9 in the mixed doubles third round to Jean Julien-Roger and Andreja Klepac.