Advertisement
Home / Sports / No gym or eating together, Igor Stimac upset over preparations

No gym or eating together, Igor Stimac upset over preparations

As per the strict quarantine rules, the India squad is allowed to have just one practice session in the evening 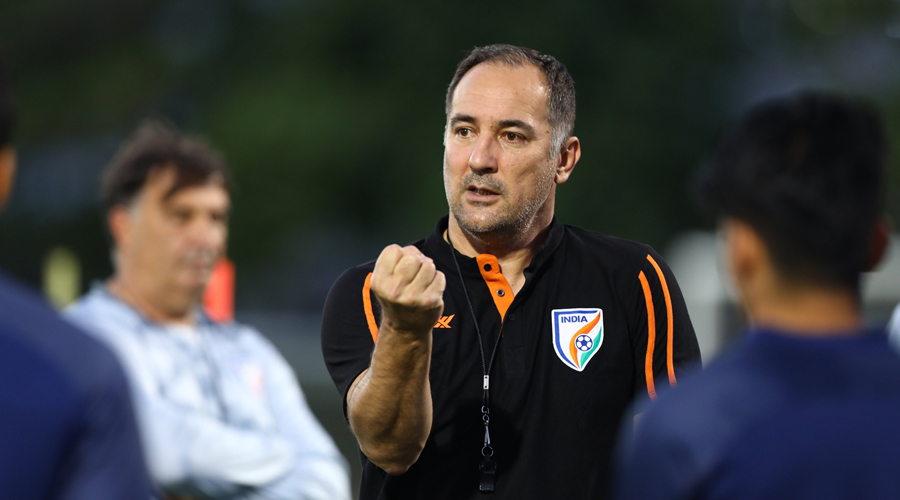 The India squad was originally slated to reach Doha on May 30 but advanced its arrival to May 19. As per the strict quarantine rules, the squad is not allowed to train in the gym, use the meeting hall or even eat together. The players are allowed to have just one practice session in the evening.

“If I knew that everything will be like it is today, I would never have accepted, to be honest. We could organise such games in such a way in India also. At the end we lost the possibility of playing two home games,” Stimac said during a virtual interaction organised by the All India Football Federation on Friday.

“Here we are now not in great conditions. This is far from a proper preparation for the World Cup qualifiers but it is what it is.

“I’m well aware that Qatar is a future host of the World Cup and we all know about the great facilities for football teams. But, as a coach, I personally expected a lot more from this organisation. I know that we changed all our plans due to the pandemic. I say a big thank you to the Qatar government for allowing us to come over here,” Stimac, whose contract was extended till September this year later in the day, said.

Already out of contention for a World Cup berth, India will face Asian champions Qatar on June 3 before taking on Bangladesh (June 7) and Afghanistan (June 15) in their remaining Group E matches, with an aim to qualify for the 2023 Asian Cup.

Due to the strict quarantine rules in Qatar, the Indian players are practising in the corridor, in front of their respective rooms and are not allowed to access the gym also.

“I didn’t expect this. I expected that we’d be able to use the gym. We are doing our morning sessions in the hall in front of our rooms and our players are eating delivery food which is left in front of our rooms. That’s not proper preparation for a football player,” Stimac said.