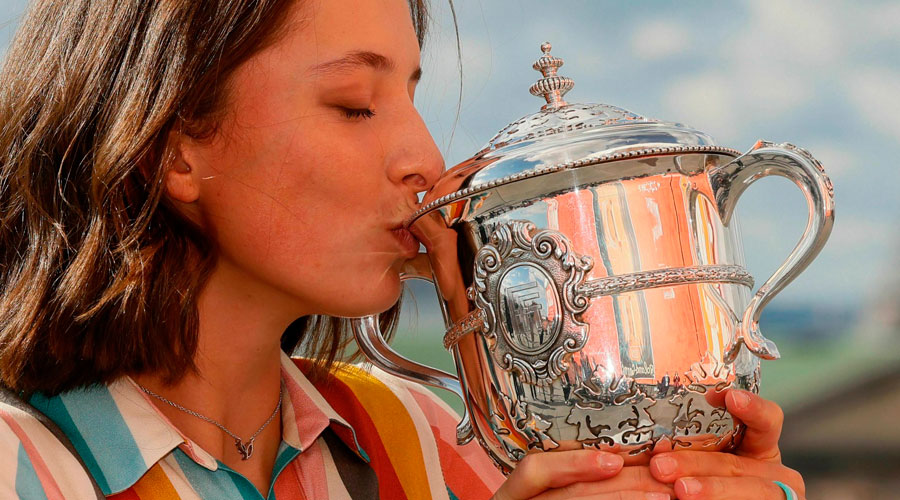 Even in the glow of a champagne performance in Paris, Poland’s newly crowned French Open champion Iga Swiatek stuck to still water as she celebrated a maiden Grand Slam success and offered a glimpse of a new era in women’s tennis.

Celebrations have been in full flow since the unseeded 19-year-old lifted the trophy on Saturday, becoming the first Pole to claim a Grand Slam singles title and the youngest to win the tournament since Monica Seles in 1992.

But Swiatek’s cool head is helping her to take her triumph in her stride. During a celebratory dinner at a Japanese restaurant, Swiatek’s discipline remained firm.

“We drank to her health, which she of course refused. It made an impression on me after such a success,” her trainer Piotr Sierzputowski told Reuters.

The 28-year-old coach thinks that mindset will be essential as Swiatek prepares for a short break before training for the Australian Open starts again in the coming weeks.

“Iga is a professional. If professionals were to suddenly change their behaviour, or react dramatically because of such a result, that wouldn’t be good. I’m proud of her for being so calm,” he added.

In the WTA rankings announced on Monday, Iga rose 37 spots to a career-best No. 17.

New sponsorship deals, celebrity accolades and media interviews are par for the course after joining the Grand Slam elite, but the new-found fame might make Swiatek’s life more challenging, her coach fears.

Used to moving around Warsaw with relative ease, Swiatek’s anonymity will now be gone, Sierzputowski said, something which could lead the teenager to more training outside of Poland.

But Sierzputowski said his protege must keep her feet on the ground and continue the hard work.