Saina, who suffered a shin injury late last year, did not want to take a risk 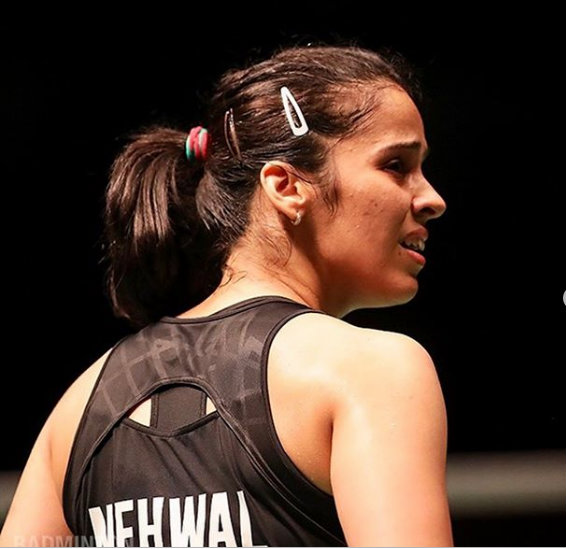 Controversy erupted at the Senior National Badminton Championship on Thursday with defending champion Saina Nehwal refusing to play her singles match, citing a 'poor playing surface' at the venue in Guwahati.

Up against Shruti Mundada in the pre-quarters, Saina had a look at the surface and immediately made it clear that she would not risk playing on it, given that the All England Championship is around the corner.

The officials, led by Badminton Association of India Secretary (event) Omar Rashid, swung into action to sort out the issue. The BAI officials later convinced Saina, Kashyap and Sai Praneeth to play in the evening.

'The wooden planks came out at a couple of places after Sindhu played her match. So they are now going to fix it. We will come back in the evening to play our pre-quarterfinal matches,' Saina's husband and fellow player Parupalli Kashyap said.

The championship is being played on three courts at the Assam Badminton Academy.

Kashyap, who was also there to play his men's singles pre-quarterfinal match, went to the adjacent second court and inspected that as well along with Saina.

Sindhu had competed on the same court in the morning, clinching a straight-game win over Malvika Bansod in the women's singles pre-quarterfinals.

Rashid said BAI will fix the courts and also make arrangements in the cement courts at the Tarun Ram Phookan indoor stadium.

'The surface became uneven at a couple of places, so three players have refused to play. We will fix the problem here and also make arrangements in the indoor stadium,' Rashid said.

'It is upto them where they want to play. They have agreed to play the pre-quarterfinals in the evening. The rest of the players will play both their pre-quarters and quarters today itself,' he added.