For the tennis fraternity, Kumar is the ultimate gentleman, an inspiration, someone who added that touch of gold to the game 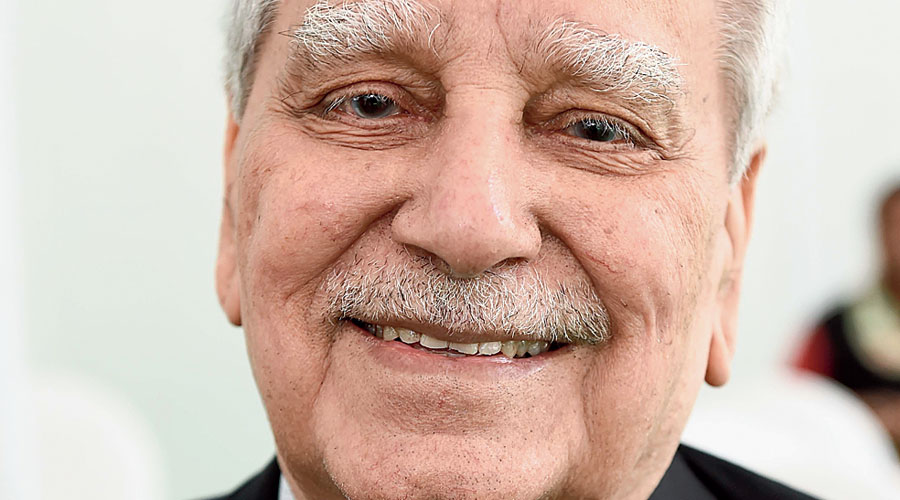 Naresh Sir — an impeccably dressed man with a mop of silver hair brushed neatly back. Naresh Sir — someone who commands respect without having to say a word. Naresh Sir — a man who is equally at ease at the All England Club as he is at his “home”, the Calcutta South Club.

And yes, generations of tennis players and coaches of India call the 91-year-old Naresh Kumar “sir”. There are notable exceptions too. To Leander Paes he is “Naresh uncle,” a part of the circle of friends and family who helped build his career.

There is an unmistakable aura about Kumar, who knows his tennis like the back of his hand. He may not have won a Grand Slam title, but he belongs to an era of Indian tennis which was ruled by the romance of the game. Even if you just wanted to hear a story, an interesting anecdote with Wimbledon as the background, you really didn’t have to look beyond Kumar. That, along with his meticulous understanding of the game, made him a respected columnist too.

But Kumar is not only about the genteel demeanour, though his collection of crystals and art at his Calcutta home can match his silken strokes on court. When needed, he can be a man of steel.

And he normally got what he wanted, specially during his days as the Davis Cup non-playing captain. One of those moments was when he insisted that the young Paes got his moment in the sun.

In 1990, Kumar was instrumental in including the 16-year-old from Calcutta in the India Davis Cup team against Japan and Paes caught the imagination of tennis aficionados almost immediately.

So his recent nomination for the Dronacharya Life Time Achievement Award — no tennis coach has ever got the honour — has been hailed by all those associated with him.

Though the nonagenarian has not been his sprightly self lately, he was very excited to know of the nomination.

“It has been long overdue,” said Enrico Piperno, who had a long stint as India’s Davis Cup coach when Kumar was the non-playing captain. “He had this ability to bring everyone together and he was so generous in sharing his knowledge with the players and support staff.  He has not only been a player and a respected coach, but a mentor.”

Paes, of course, felt that no one could have been a better choice than Kumar. “I am extremely happy. India does have a number of tennis coaches who should have got the award, but am thrilled that Naresh uncle has been considered for the honour,” Paes told The Telegraph.

Bhupathi, who never played under Kumar’s captaincy, said: “He deserves it. He has been very influential in our sport, very educated about the game.”

Even as a 90-year-old, when India played Italy at the South Club in 2019, Kumar made it a point to come and wish the India team.

Zeeshan Ali, who also saw Kumar from close, said: “It was long overdue that a tennis coach was given the due recognition.”

As a player, Kumar was a regular at Wimbledon, and reached the fourth round of singles in 1955 when he lost to the No. 1 seed and eventual champion, Tony Trabert.

For the tennis fraternity though, Kumar is the ultimate gentleman, an inspiration, someone who added that touch of gold to the game.