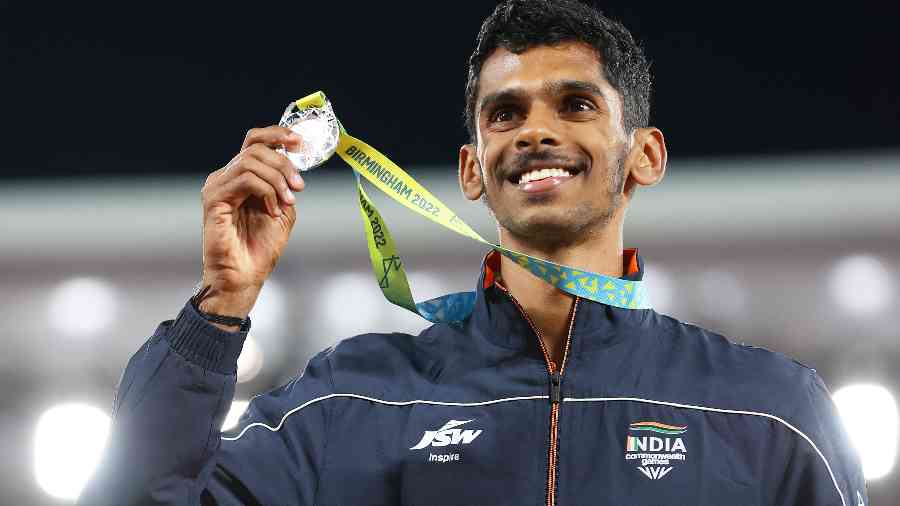 Commonwealth Games silver medallist long jumper Murali Sreeshankar rued missing out on a gold, saying his fourth jump, which was ruled a foul under laser-based new technology, would have been legal in earlier system and big enough to finish on top of the podium.

Sreeshankar and eventual gold winner Laquan Nairn of Bahamas had identical best jumps of 8.08m. Nairn was adjudged gold winner as his second best of 7.98m was better than 7.84m of Sreeshankar.

Under rules, if two jumpers are tied on same distance, the one who has a better second best effort will be ranked ahead.

The 23-year-old Sreeshankar said he initially thought he had a big valid jump in his fourth attempt which would have given him a gold. However, his jump was adjudged a foul under the new system.

"I was very surprised, you can't call it (fourth jump) a foul because I never overstepped the foul board but she (pit-side official) explained to me the exact jumping position, movement of my foot which was crossing the perpendicular plate," Sreeshankar said in a virtual interaction.

"If it was the previous system which we had in past years, it would not have been called a foul," said the national record holder (8.36m).

He said the conditions during the CWG long jump final was not ideal as it was a bit cold and windy.

"Performance on the particular day matters. In major championships, winning a medal is the priority.

"I completely messed up the first three jumps, trying to have safe jumps (by leaving good gap). My focus after that was to be on podium with good jumps in final three attempts."

Sreeshankar first experienced the new system in March during the World Indoor Championships in Belgrade where he had finished seventh.

"Earlier, the foul board was inclined at 45 degree, but from this year it was just a perpendicular plate in between the foul board and take off board. So, it is not ideal to have a perfect take off in the current scenario.

"If you hit the take off board with a centimetre or millimetre to spare and if the foot goes on in the take-off angle, it will automatically cross that perpendicular plate and will be called a foul."