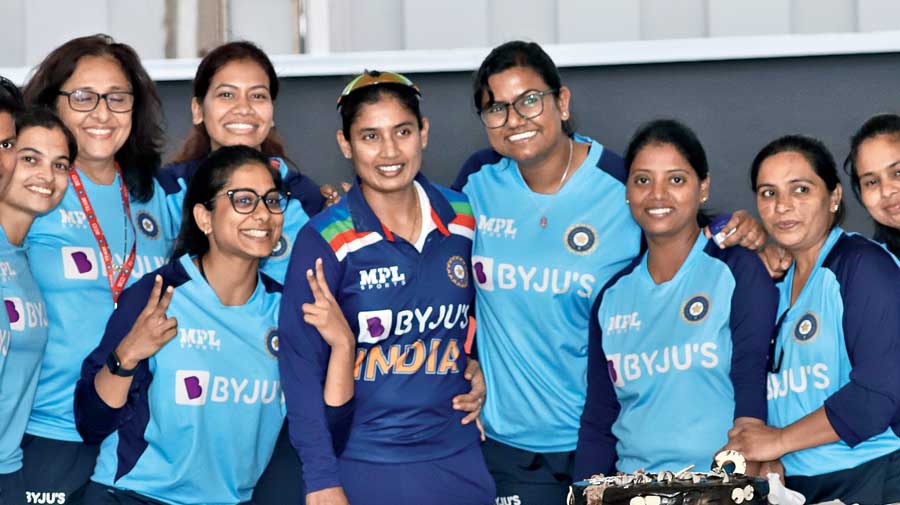 The journey began way back in June 1999. More than two decades have passed since then, but there’s just no stopping Mithali Raj.

She has reached several milestones so far, having completed almost 22 years on the international scene. However, the 10,000 international runs that she touched during India’s third ODI versus South Africa in Lucknow on Friday put the captain on a different pedestal altogether.

The end result was disappointing as India lost by six runs (D/L method). But Mithali’s 36 took her international runs tally to 10,001, making her the first Indian woman cricketer to reach the milestone.

She’s behind only Charlotte Edwards now, trailing the former England captain by just 272 runs. The way she has been performing, even at 38, it would be rather surprising if Mithali doesn’t surpass Charlotte.

At least Charlotte feels so.

“She definitely will,” Charlotte, currently president of the Professional Cricketers’ Association in England and the first woman to be so, told The Telegraph from London.

Charlotte also believes that Mithali will be able to carry on playing even if she has crossed 40. “Her record speaks for itself and to still be at the top of her game is a testament to her abilities.

“There’s no reason why she shouldn’t play past 40 if she’s still contributing with the bat and still enjoying it.”

Isa Guha too doffed her hat to Mithali. “Greats of the game are labelled so because of their ability to be the best for long periods of time. I remember her scoring a double century (214) at Taunton in 2002 (in the second Test versus England) and she is still churning out the runs now.

“Well and truly, a phenomenal achievement by her,” the former England fast medium pacer said.

For Mithali, though, the focus has always been on trying to evolve her game and staying relevant more than crossing landmarks. “When you play for so long, you obviously reach different milestones.

“But the key for me has been my consistency and I always wanted to score runs every time I have walked out to bat,” she said.

“Whether it’s international or domestic cricket, I’ve been keen for the opportunity to bat and that gave me experience and exposure to work on my game over the years with the changing standards in women’s cricket, and trying to be relevant in the international circuit.

“And by being relevant, I mean it’s about going with the times as women’s cricket has also evolved over the years. From totals of 150 and so on, teams are now scoring 250 and above, so you need to tune your game accordingly.

“I haven’t really thought much about any of the milestones. But one that would stand out is, if India win the World Cup. That’ll be very, very special,” Mithali signed off.