Coming back after serving a one-match suspension, the East Bengal captain has had an ordinary game by his standards 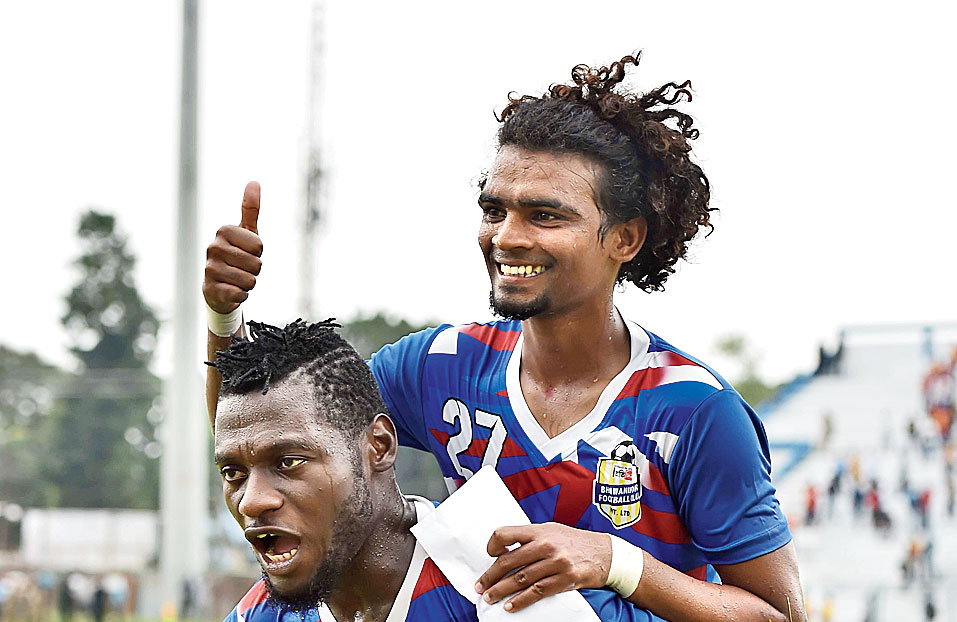 Stephane Kamo Bayi once again played a crucial role for Bhowanipore Club, as they held East Bengal 2-2 in Monday’s CFL Premier Division A clash at the Kalyani Stadium.

Right through the competition, Kamo has made his presence felt and it was no different on Monday too as he scored one of Bhowanipore’s two equalisers. He also kept the East Bengal defence under pressure for most part of the game.

Thanks to Kamo and, of course, substitute Jagannath Sana who scored the other equaliser soon after he was brought on, Bhowanipore earned themselves a vital point from this game and are on the second position in the league table with 14 points from eight matches. On the other hand East Bengal, also with 14 points from eight game, slipped to No. 3 in terms of goal average.

The league, well and truly, is in a very interesting phase as the other two teams in the top four -- Peerless SC (toppers at present) and Mohun Bagan (fourth) -- are also on 14 points. All four of them are in with a chance to win the title.

Peerless, however, enjoy a slight advantage having played a match less than the other three. East Bengal didn’t have to play on their slushy home surface, which according to their head coach Alejandro Menendez Garcia is not a ground for proper football.

Yet, Alejandro’s men couldn’t win. And for that, they should blame themselves.

Twice they went ahead, but failed to maintain the lead.

Agreed, Kamo’s strike that made it 1-1 in the 59th minute was a class act by the striker. Receiving a centre from Supriya Pandit, Kamo went a few steps forward, made room for himself and curled in a right-footer from outside the box beating the outstretched East Bengal goalie.

But before Kamo rose to the occasion, it was Lalrindika Ralte who lost the ball near the East Bengal zone, which allowed Bhowanipore to go on the counter.

Coming back after serving a one-match suspension, the East Bengal captain has had an ordinary game by his standards and was rightly replaced midway into the second half.

The red and gold brigade felt they could heave a sigh of relief when Borja Perez reacted swiftly enough to head home Jaime Santos’s free-kick, making it 2-1 with just seven minutes to go for the end of regulation time.

Five minutes prior to that goal, substitute Marcos Espada and Jaime squandered back-to-back sitters after being set up by Bidyasagar Singh.

That period certainly was a golden opportunity for East Bengal to seal the game. But they blew it away.

Perez’s goal came at a critical juncture, raising hopes of East Bengal’s victory as that would have taken them to the top in the standings.

But then, maybe Bhowanipore weren’t destined to lose this game.

Just a minute later, substitute Jagannath, on the right, dinked one from long and with the entire East Bengal defence stranded and goalkeeper Lalthuammawia Ralte completely out of position, the ball found its way in.