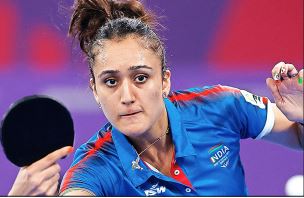 Defending champions India stormed into the semi-finals of the men’s table tennis team event at the Commonwealth Games after thrashing Bangladesh 3-0 in the third last-eight tie here on Sunday.

The men’s team, led by Sharath Kamal, had outclassed Barbados, Singapore and Northern Ireland by identical 3-0 margin in the group stage to make the quarter finals. They will battle out with Nigeria on Monday for a place in the final.

First to turn up in the quarter finals, doubles pair of Harmeet Desai and Sathiyan Gnansekaran defeated Ramhimilian Bawm and Mohutasin Ahmed Ridoy of Bangladesh 11-8, 11-6, 11-2 to hand India a 1-0 lead. Sharath then trounced Rifat Sibbar in the singles 11-4, 11-7, 11-2 to extend India’s lead.

The 40-year-old Sharath, a 10- time national champion, is playing is fifth and probably last Commonwealth Games. In the other singles match, Sathiyan dominated the proceedings from start to finish to notch up an easy 11-2, 11-3, 11-5 win and seal the tie. Manika falters In the women’s section, the defending champions, led by star Manika Batra, crashed out losing to Malaysia 3-2 in the quarter finals on Saturday.