Advertisement
Home / Sports / United back on top after eight years

United back on top after eight years 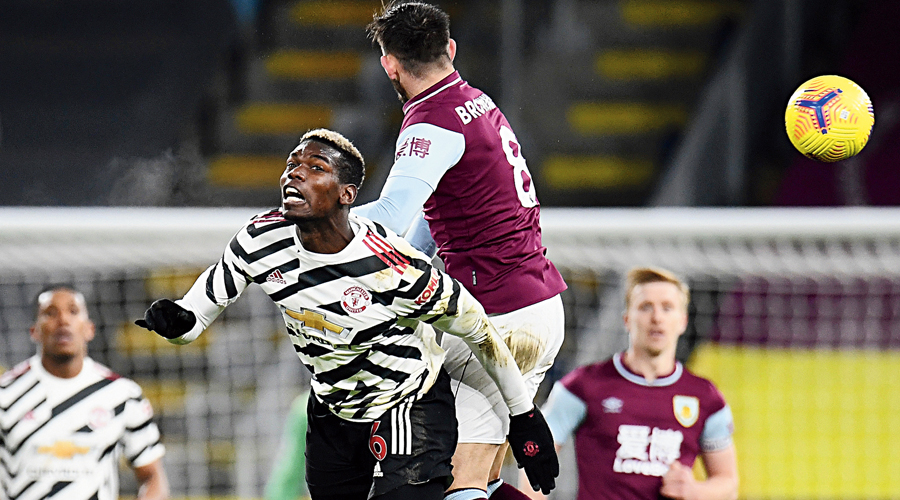 It is eight years since Manchester United sat at the top of the Premier League at this stage of the season and while manager Ole Gunnar Solskjaer is steering clear of euphoria, there is clearly a sense that he has turned the corner with his team.

A 1-0 win at Burnley on Tuesday, ground out in freezing temperatures against awkward and physical opponents, put United three points clear at the top of the table ahead of Sunday’s clash with champions Liverpool at Anfield.

Alex Ferguson was still in charge of the club when they were top after 17 games in December 2012 and in that season, his final at the club, United went on to win the title.

Whether Solskjaer’s side are capable of such an achievement is something about which many remain sceptical — and Sunday’s game should give a clue as to their chances — but even being in the title race is exceeding expectations.

“It’s a brilliant position to be in,” said Solskjaer.

“Of course we know we’re going to the champions, they’ve had an unbelievable three-and-a-half seasons so we know it’s going to be a difficult game for us but we’re ready for it. “I think we couldn’t have asked for a better time to play them because we’re in good shape, in good form, we’re hungry — that’s the big thing, these boys are hungry. They want to get better and that’s a test again, a test of character and a test of quality,” he added.

Few, if any, pundits felt United were ready to challenge Liverpool and Manchester City at the top of the table at the beginning of the campaign and their poor start to the season led many to wonder if Solskjaer was even the right man for the job.

A home defeat to Crystal Palace on the opening day was followed by a 1-6 hammering from Tottenham Hotspur in their next home game.

A dull 0-0 draw with Chelsea at Old Trafford was followed by another poor home display in the 0-1 loss against Arsenal on November 1. Yet since then United have accumulated 29 points from a possible 33 and with seven wins out of eight in an unbeaten campaign on the road, Solskjaer’s team have finally found the consistency needed to challenge.

If there is one aspect of the United team that should give their fans confidence for the second half of the season, it is their strength in depth.

Last season, United struggled whenever they were forced to alternate their starting line-up but they now have plenty of options they can use without a significant drop off in quality.

Scott McTominay and Brazilian Fred have enjoyed a good spell as the defensive midfield pairing but at Burnley, Solskjaer wisely opted for the more physical presence and experience of Nemanja Matic alongside Paul Pogba.

Pogba got the winning goal and delivered another confident display, the latest indication of the Frenchman’s strong spell of form, while the Serb provided the solidity to neutralise the home side.

“I’ve always said Paul is a big, big player for us. He’s a good character in the dressing room, he’s always one that the lads look to, he’s a world champion of course and we’re seeing the best of Paul at the moment,” said Solskjaer.

Sunday will be the biggest test though for a side which is improving but which has yet to prove they are title material and Pogba is relishing the prospect.

“Now it is the big moment. We will see what is going to happen,” he said.

“It will be a beautiful game for everyone. So let’s get ready for it.”