Lyon spins a web of confidence

It is no surprise then that despite the fearsome reputation of their quicks, Australia’s prospects versus India in the longest format in recent times have also depended on how the spinner fared 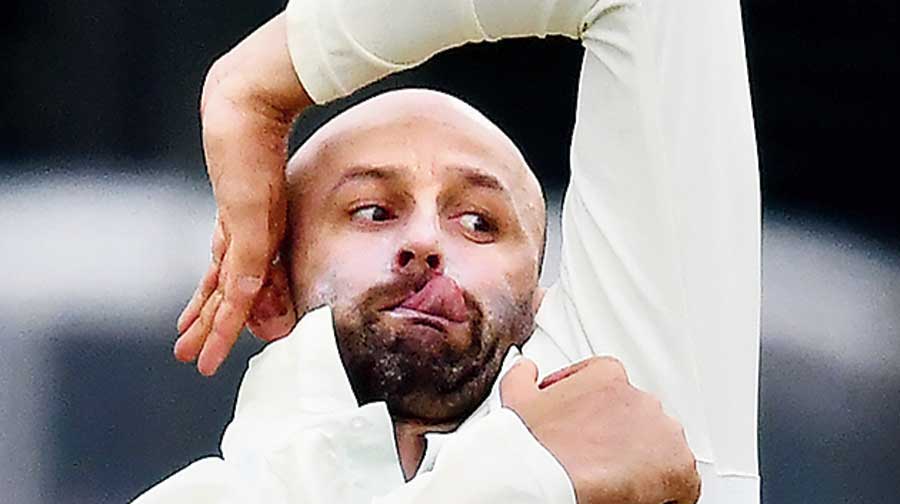 Nathan Lyon’s Test-match figures against India read better than that of the legendary Shane Warne. Lyon, so far, has 85 scalps from 18 games while Warne had taken 43 from 14 during his playing days.

It is no surprise then that despite the fearsome reputation of their quicks, Australia’s prospects versus India in the longest format in the recent times have also depended on how spinner Lyon fared.

Lyon is once again looking forward to his duel with India in the upcoming four-Test series and is also working on a “new mystery ball” to challenge the visitors.

“I have always enjoyed playing against India. Obviously, they have some of the best players in the world, especially when it comes to playing spin, so it’s always a big challenge.

“To me, this series is about playing my role for Australia. In my eyes, we’ve got the best bowling attack in the world. So we just have to make sure we’re doing our stuff and challenging the Indians’ defence for a long period of time,” Lyon said from Adelaide on Sunday, during a virtual conference facilitated by Sony Pictures Sports Network.

The 33-year-old, however, ruled out doing anything differently against the Indian batsmen. “I don’t have a different bowling approach just because I am playing against India. I think over the last five years, my bowling has gone to a new level and I am very confident as to where my bowling is at currently.

“Yeah, India are a very attacking side and always want to go after a spinner. I love that challenge, but honestly, it’s more about me playing the role for Australian cricket and doing what (skipper) Tim Paine has asked me to do,” Lyon explained.

Lyon stressed that the current Australian side, despite David Warner’s unavailability for the first Test, isn’t similar to the one that lost to India at home in the 2018-19 series.

“There’s a great vibe within this Australian cricket team. I think we’re in such a better space than we were two years ago.

“This is probably the toughest and closest Australian team I have been part of. We’ve done a bit of our homework and are ready to go,” Lyon, 10 short of reaching the 400-wicket landmark, emphasised.

Mohammed Shami bowls on the third day of India’s tour match against Australia A at SCG on Sunday.
Twitter/@BCCI
Starc ‘pumped up’

One good news for Australia amid injury and concussion-related issues is Mitchell Starc joining the squad on Monday. The left-arm quick, who did not look sharp enough during the ODIs versus India, had skipped the second and final T20Is in order to deal with a family crisis.

“Mitch is pretty pumped up and excited. We all know what a quality bloke he, besisdes the quality of cricket he brings to table.

“We all know how good he is with the pink ball. He is more than comfortable with it and seems more confident now,” Lyon said.