Victory lifted the club to fourth in the table on 12 points, while Arsenal stay 10th on nine after six games 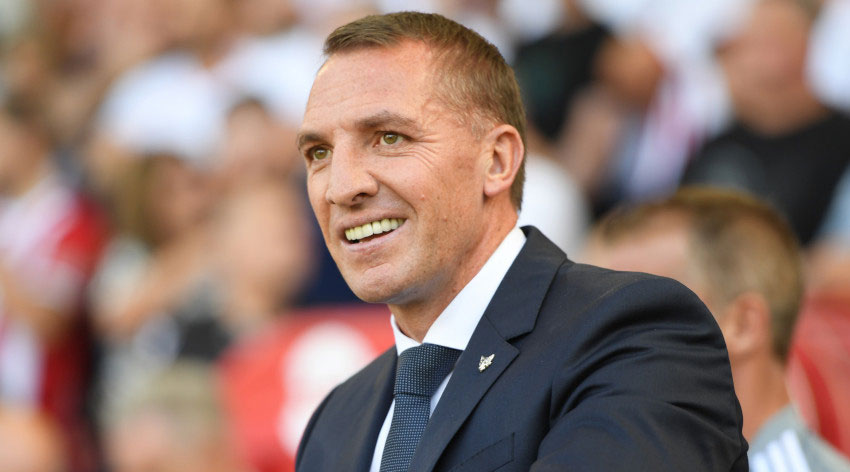 Leicester City manager Brendan Rodgers described Jamie Vardy as a “world-class” striker after he came back from a calf injury to score the winner in Sunday’s 1-0 Premier League victory at Arsenal.

Vardy, who missed Leicester’s previous two games, lifted his team after coming on as a substitute with 30 minutes left. The 33-year-old headed in Cengiz Under’s cross in the 80th minute to secure all three points.

“The idea was always to bring Jamie on, he’s a huge threat and brings confidence to the team. He’s a world-class striker,” Rodgers told reporters following Leicester’s first victory at Arsenal in 47 years.

“He’s an incredible talent and we would have loved to have started him but he’s been out with his calf which we needed to make sure we nursed him back in.

“The plan was to still be in the game and then he can come in for 30 minutes and stretch the game. It’s always the case, every game he looks like scoring.”

Arsenal boss Mikel Arteta’s woes were compounded as defender David Luiz and midfielder Bukayo Saka were both forced off with injuries during the second half.

Victory lifted Leicester to fourth in the table on 12 points, while Arsenal stay 10th on nine after six games.

Former Netherlands forward Marco van Basten believes Manchester United midfielder Donny van de Beek’s lack of game time is bad for his rhythm and the 23-year-old should have joined a club where he can play more regularly. The Dutch international has made only four substitute appearances in the Premier League.