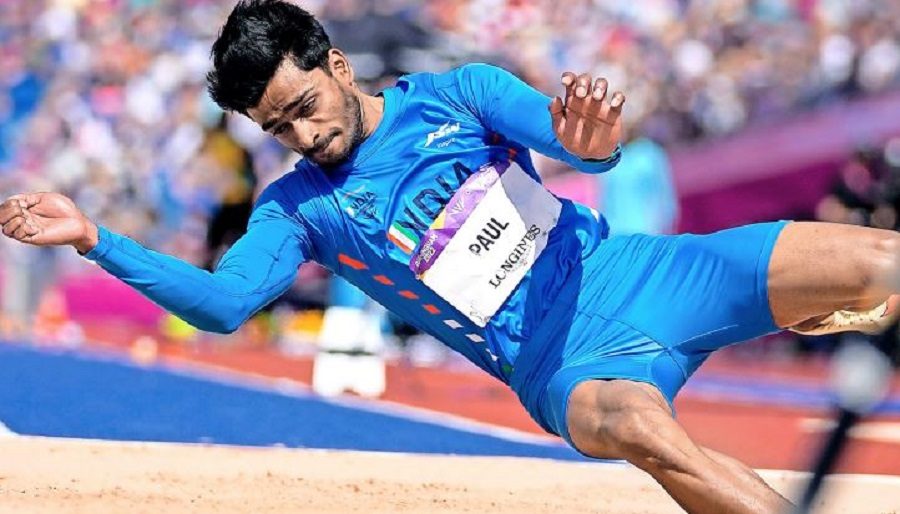 Eldhose Paul’s jump of gold at the Commonwealth Games in Birmingham on Sunday should be considered as a formidable leap for India in the world of athletics. As the Indian athletes continue to set the bar higher with their impressive outing in the ongoing Games, triple jumper Paul shone the brightest as he bagged the yellow metal.

It was actually a remarkable day for the Indian track and field contingent as the country won a total of four medals, including Paul’s gold.

Keralian Paul’s statemate Abdulla Aboobacker won the silver in triple jump to assert India’s dominance.  Also on the honours list on Sunday were Annu Rani, who became the first Indian female javelin thrower to win a medal, a bronze, with a best effort of 60m in her fourth attempt, and veteran race walker Sandeep Kumar, who clinched a bronze in men’s 10,000m event with a personal best time of 38:49.21s. And all of that mad medal rush for India was within a period of 30 minutes. India’s medal tally from athletics thus swelled to eight — 1 gold, 4 silver, 3 bronze — the best in the CWG history outside the country and only second to the haul at the 2010 edition in Delhi.

The 25-year-old Paul became only the sixth Indian to win a Commonwealth Games gold since the legendary Milkha Singh won it in 1958 in the 440- yards race. The Ernakulam-born Indian Navyman led India’s stunning 1-2 finish with a best jump of 17.03m in his third attempt after opening with 14.62m. His best jump though was wind-assisted. Paul’s second best was 16.63m. Before Sunday’s jump, he had a personal best of 16.99m. Aboobacker was second with a fifth round jump of 17.02m.

Aboobacker, who has a season’s and personal best of 17.19m, was at fourth spot at the end of the fourth round, but soared above the 17m mark in his next attempt to jump to second. Jah-Nhal Perinchief of Bermuda won the bronze with his best jump of 16.92m. It could easily have been a 1-2-3 for the country.

Praveen Chitravel, the other Indian in the competition, finished fourth with a best jump of 16.89m. Chitravel came to the Games as the second best Indian with a season’s best of 17.18m. Before Sunday, India had won four triple jump medals in the past editions of the CWG, but this is the first time two athletes from the country have got podium finishes in the event.

Mohinder Singh Gill had won a bronze and a silver in the 1970 and 1974 editions, while Renjith Maheswary and Arpinder Singh had finished third in the 2010 and 2014 editions.