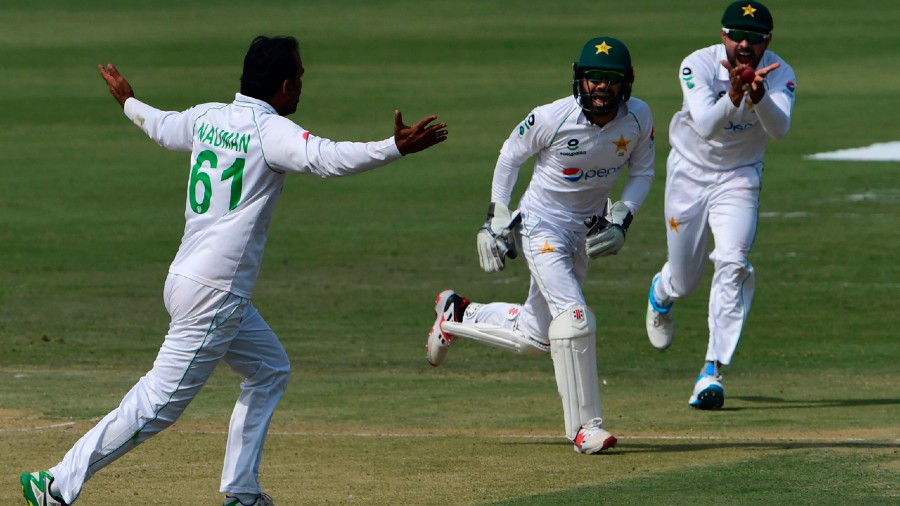 The visitors lead by 29 runs and have wiped out a first innings deficit after they trailed by 158 having earlier on Thursday bowled Pakistan out for 378.

Captain Quinton de Kock has yet to score and will resume on the fourth morning with nightwatchman Keshav Maharaj, the pair looking to push South Africa towards a total that will give them something to defend in Pakistan’s fourth innings.

Kagiso Rabada (right) celebrating with his team
The Telegraph Picture

In reaching the milestone of 200 Test wickets in his 44th Test after dismissing Hasan Ali on Thursday, Kagiso Rabada set the following records:

In fewest Tests for SA