Advertisement
Home / Sports / KKR: Down but not out

KKR: Down but not out 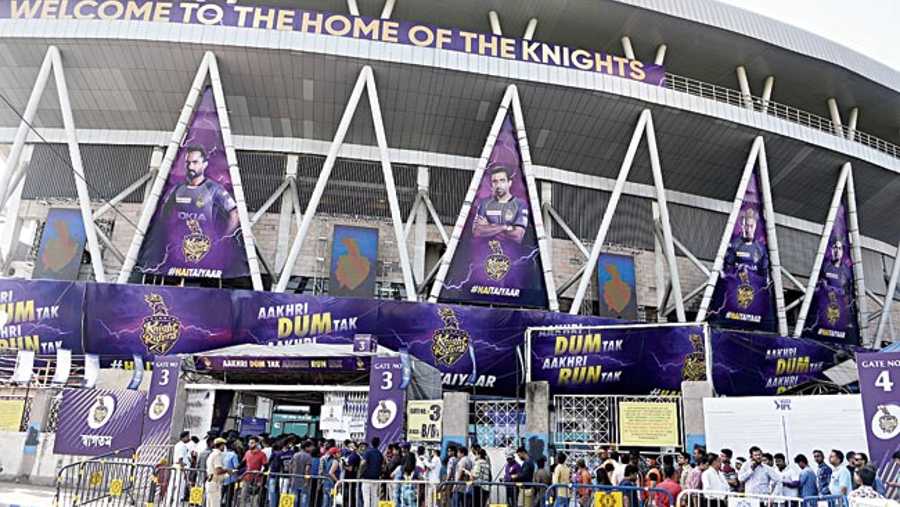 With just the two wins out of seven, the Kolkata Knight Riders are in a spot of bother. But all is not lost. Here is why KKR are still in with a fighting chance of reaching the playoff stage, after which anything is possible.

The second half of the IPL sees KKR take on Punjab Kings, Sunrisers Hyderabad, and Rajasthan Royals to close out the season proper. This means that KKR are likely to have their fate in their own hands, facing off against the sides that are supposed to fight them directly for the last two playoff spots in proverbial four-pointers. The top two berths for the playoffs should be sealed by any two of DC, CSK and RCB. Then there are the Mumbai Indians, who almost always manage to save their best for the last few games of the preliminary round. Given that KKR will not be facing any of these teams in their last three games of the prelims, bodes well on paper, providing the men in purple and gold with the most favourable run-in they could have wished for.

At the halfway point of the IPL in 2014, KKR were in the same scenario as they are in now. Two wins from seven meant they needed to win at least six out of the next seven to seal a playoff spot. Led by the imperturbable Gautam Gambhir and revitalised by Robin Uthappa, who had switched to the opening slot, KKR won nine games on the trot to take the championship for the second time in three years. The most remarkable comeback story in the history of the IPL! While it is true that a lot of the player and managerial staff have left since, it is also undeniable that sporting units cultivate a culture over time that outlasts their personnel. If KKR can rekindle the spirit of 2014, displaying the same tenacity and zeal, another miracle may very well materialise in the Middle East.

THE CONDITIONS IN THE UAE

Historically, KKR have not had a fantastic record in the UAE, winning nine and losing 10 games across 2014 and 2020. But given how the team could not play at the Eden Gardens during the first half of the tournament (due to the IPL’s Covid protocol) and struggled to adapt, especially in Ahmedabad and Chennai, the slightly faster pitches of the UAE could make all the difference. The relatively smaller grounds can also be beneficial for KKR, whose big hitters at the end may be allowed to add an extra 10 to 15 runs compared to what they could back home in India. 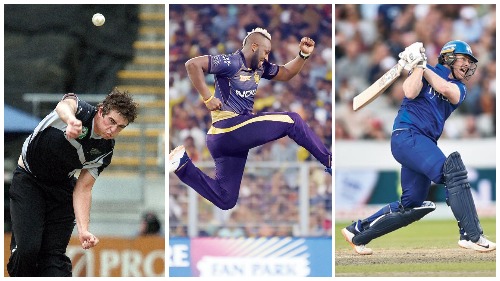 Nitish Rana, in scintillating form in part one of the IPL, will be raring to pick up from where he left off while Shubman Gill, who is nursing an injury, will be determined to play the sheet anchor role that he has honed in recent years. Beyond these two, the promotion of Rahul Tripathi to number three has finally got the best out of an extremely dynamic batter. If the Indian trio click into gear at the top, KKR could fully unleash the batting prowess that we have only seen in select bouts so far this season.

On his day, there is no player more decisive in all of IPL than Andre Russell. The West Indian powerhouse had many good days in 2019, but far fewer last year. Fresh off another string of impressive performances in the Caribbean Premier League, Russell will be hungry to contribute with both bat and ball at a time when KKR need him to deliver in practically every game. As long as he is not tormented too much by persistent niggles, Russell should return to “beast mode” in the business end of the competition, a nightmarish situation for everyone not in the KKR camp.

THE ARRIVAL OF TIM SOUTHEE

Australian speedster Pat Cummins will not be coming back to finish the IPL season due to family reasons and has been replaced by New Zealand veteran Tim Southee. While not as nippy as Cummins, Southee brings a wealth of experience, including over 200 T20 wickets. His variations at the death, something M.S. Dhoni made ample use of during Southee’s CSK days, should prevent leakage of runs at the end of a bowling innings, giving KKR enough momentum to prevail in close ties.

CAPTAIN MORGAN AT THE WHEEL

After weeks of speculation over whether he will be a part of the IPL in the UAE, Eoin Morgan has confirmed his participation and will be spearheading KKR’s bid for a third IPL title. While KKR have not transformed as a team under Morgan, the signs of improvement have been gradual. Tighter in the field, less prone to snatch defeat from the jaws of victory, and hustling till the very end have been noticeable in all of KKR’s games this season, something that Morgan deserves a fair amount of credit for. His form with the bat may not have set the tournament alight, but as past IPL captains like Adam Gilchrist and Shane Warne have shown, individual performances are not always that vital from the leader as long as they can galvanise a team to make match-winners of one and all.

How closely did you follow the IPL before it came to a premature halt in May? It’s time to find out with the latest edition of t2’s ultimate quiz

1. IPL 2021 opened with Royal Challengers Bangalore upstaging the defending champions Mumbai Indians in Chennai. Who finished with a man of the match performance for RCB in game one? (Hint: He is the captain of Haryana in the Ranji trophy.)

2. Who has bowled the most number of dot balls in the IPL this season? (Hint: He has also picked up eight wickets with an average of just under 30 runs per wicket.)

3. Inside the first week of the IPL action in April, KKR achieved the impressive milestone of recording a century of IPL wins in their franchise history. Against which team did KKR attain this feat?

(Hint: This team has only won once in this season’s IPL.)

4. Prithvi Shaw played a scintillating knock of 82 when DC met KKR in Ahmedabad in late April. The innings saw Shaw score the fastest 50 of the season, a record which only lasted two days. Who broke Shaw’s record for the fastest 50 on May 1?

(Hint: He scored a total of 87 runs in a power-packed knock against CSK.)

5. On April 22, RCB skipper Virat Kohli became the first batsman in IPL history to scale 6,000 runs in the tournament. Kohli did this in style en route to a successful chase against Rajasthan. How much did Kohli score in this memorable innings? (Hint: Kohli’s score was exactly 29 runs short of his opening partner Devdutt Padikkal’s tally for the game.)

6. Which player tops the points chart for the most valuable player rankings for IPL 2021? (Hint: He has a score of 155.5 and is narrowly ahead of CSK’s Ravindra Jadeja in second place.)

7. On April 25, DC and SRH produced a thriller of a game in Chennai, which eventually went to a super over and was clinched by the Capitals. Who bowled the super over in a losing cause for SRH? (Hint: He has picked up 10 wickets in the IPL so far with a stunning economy rate of 6.14 runs per over.)

8. How many individual centuries have been struck in this season of the IPL? (Hint: Only two different teams have produced IPL centurions this year.)

9. Ravindra Jadeja unleashed one of the all-time great IPL onslaughts when he smashed five sixes in a single over against RCB at the Wankhede in late April. How many runs did this unforgettable over yield in total? (Hint: The over had seven deliveries due to a no-ball.)

10. Which two teams squared off in the last game of the IPL before the competition was temporarily suspended due to Covid-19? (Hint: The match was played in Ahmedabad and witnessed a convincing triumph for the team that won the toss and bowled first.)