'Before the game versus Delhi, I was told I would be included for that contest. But all of a sudden, I came to know I wouldn’t be in the XI' 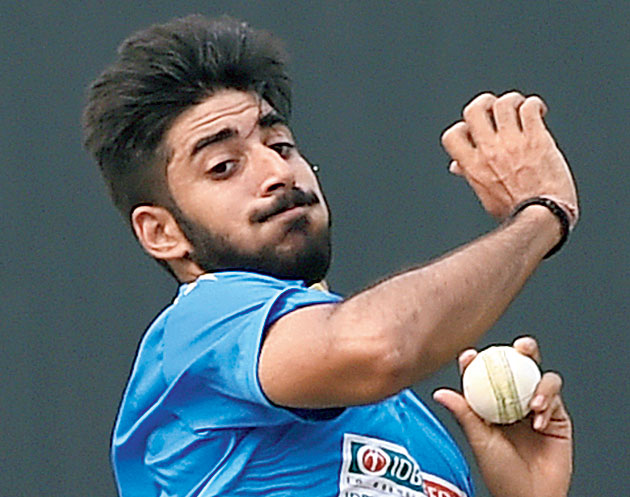 Several players performing well for Bengal at the U-19 and U-23 levels have decided to shift allegiance to Railways this season.

Kanishk Seth and Saurabh Singh, who starred in Bengal U-19 team’s Cooch Behar Trophy triumph in 2016-17, will be playing for Railways U-23 team this time alongside the likes of Akash Pandey, Arif Ansari and Soumyabrata Nath.

Even Ananta Saha, a leading wicket-taker in last season’s CK Nayudu Trophy where Bengal U-23 finished runners-up, has decided to turn out for Railways, and so did Abhijit Singh, who joined last year.

What made them take such a decision is a secured job at Railways and lack of opportunities in the Bengal senior squad. “I’ve got a job at South Eastern Railway, so I have to play for the Railways team. If I do well, I can jolly well play for their Ranji Trophy team too,” said left-arm pacer Kanishk.

“Last season, Ananta and I took a lot of wickets in the CK Nayudu Trophy, yet we didn’t get picked for the Bengal senior team. I am already 21, so should’ve been playing Ranji now.

“My contemporaries Rishabh Pant and Khaleel Ahmed are already representing India, while Avesh Khan and Ishan Kishan are also playing for India A. If you don’t play first-class or List A cricket consistently, even IPL franchises won’t look at you. Hardly anyone notices U-19 or U-23 cricket,” Kanishk said.

One of the incidents which upset Kanishk was when he got overlooked despite being told that he would play last season’s Ranji Trophy game versus Delhi.

“Before the game versus Delhi, I was told I would be included for that contest. But all of a sudden, I came to know I wouldn’t be in the XI.”

Another Railways player, on condition of anonymity, said: “If some people from the support staff of various (Bengal) age-group teams continue for at least another two years, a lot more players will opt for Railways.

“In two years, almost eight players have moved to Railways despite playing in Bengal for as many years. If individuals who have played at U-19 and U-23 levels for so many years are shifting allegiance, it only highlights that there’s a problem somewhere in Bengal cricket.”

However, CAB joint secretary Avishek Dalmiya preferred to point out the positives. “Bengal cricketers have got good jobs at Railways, while this is also an opportunity for other upcoming talented players. Besides, we see our guys getting selected for India A, India U-19 and India U-23 teams. Wriddhiman Saha too is back in the senior squad, while (Abhimanyu) Easwaran is doing well at India U-23 with Ishan Porel in India A.

“Overall, it’s an indication that cricket in Bengal is doing well as players are there in national teams of all age groups and getting good jobs too,” Dalmiya said.