Joan Laporta hints at other options

'I have never changed what I say about Xavi' 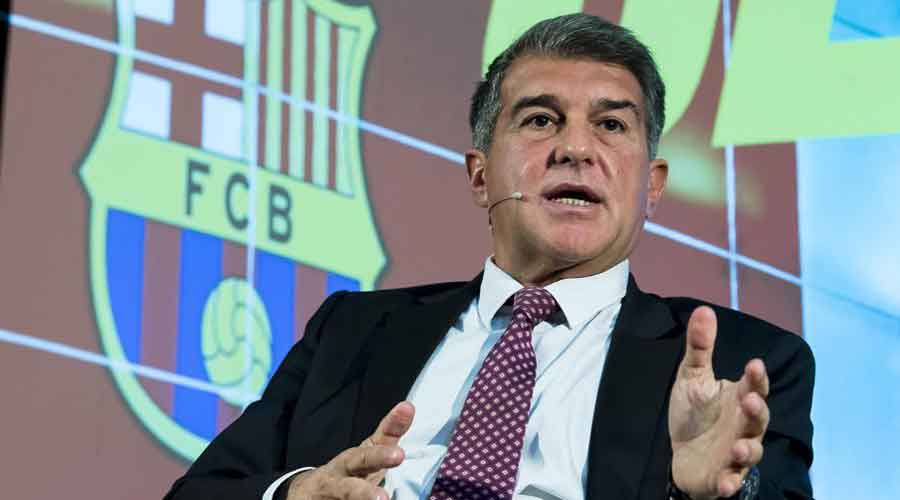 FC Barcelona are considering other possible coaches besides former player Xavi Hernandez to take over for the fired Ronald Koeman, the club’s president said on Friday.

Joan Laporta faced a barrage of questions about the widespread speculation linking Xavi to the position. Each time, he lauded the former midfielder while not revealing details of the job hunt.

“The name of Xavi is all over the news but Barca have other options,” Laporta said, without naming names. “I have never changed what I say about Xavi. One day he will become the coach of Barcelona, and I would even like for that to be while I am in charge. What I don’t know is when,” Laporta said.

“It is true that the scouting reports we have on him are very good. All the inputs and news we have on Xavi are good, even though he has not been coaching a long time.”

Xavi is currently coaching Qatari club Al Sadd, a team he joined after leaving Barcelona in 2015 following 25 titles in 17 seasons. He played for Al Sadd until becoming the team’s coach in 2019.

Laporta said he often speaks with Xavi, who played for Barcelona during Laporta’s first stint as president, “as friends” who like to chat about the team.

On Thursday, Atletico Madrid conceded a last-minute penalty and had coach Diego Simeone sent off as they were held to a 2-2 draw by struggling Levante.