Jhingan's national teammates elated at his move to Croatia

Brandon and Co. hoping the central defender's transfer to HNK Sibenik from ATK Mohun Bagan fuels more such occurrence in the near future 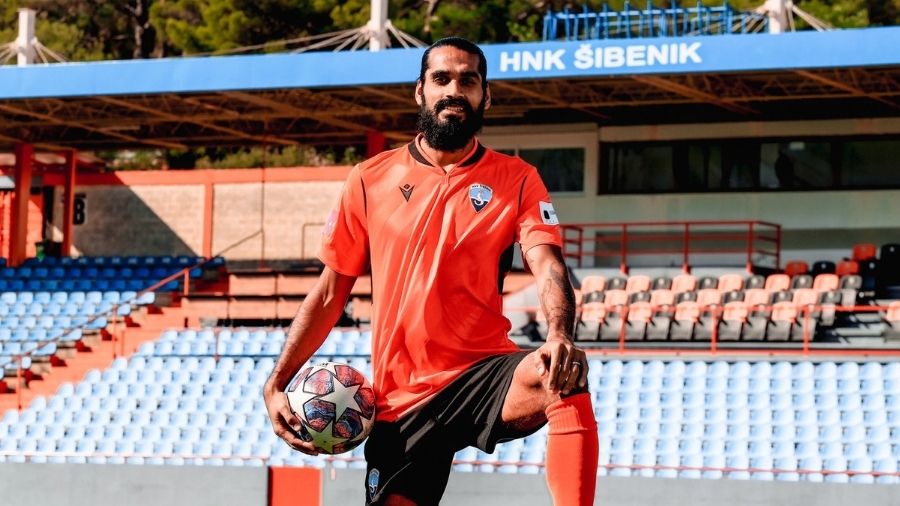 Jhingan will become the first India international footballer to play in the Croatian top-tier league Prva HNL after completing a move from ATK Mohun Bagan to HNK Sibenik.

"It's a big achievement for Indian football -- all the best. We understand that when you come back you will be an entirely different player, and it will all transpire on to us. Go out and play your game."

Wishes poured in from the Blue Tigers as national team as Jhingan was officially announced as an HNK Sibenik player, making him the first Indian defender to sign a professional contract in Europe.

Brandon Fernandes, who plays as an attacking midfielder, hoped the move opens up new avenues for India players seeking to play in Europe.

"This is a proud moment not just for Indian Football but the country overall," Brandon said.

"I wish you success and hope you do well. I also hope Sandesh's move opens up a lot of new avenues for aspiring and established Indian footballers."

The soft-spoken Mandar Rao Dessai added," "Give your heart out to everything like always when you play.

"You have made all of us very proud."

"It's a great decision that you have taken. You inspire us all. The youth all over the country will look up to you, try to imitate you and follow your footsteps," Adil, who has partnered Jhingan as a central defender in the national team, opined.

Founded on December 1, 1932, HNK Sibenik returned to the premier division last season under a new management.

The club finished sixth in the league, just two positions below qualification to European competitions.

The club is located in Sibenik, the Dalmatian region of Croatia, a city with breath-taking fortresses protecting it for centuries and a beautiful Cathedral of St James, which is part of the UNESCO World Heritage List.

The Blue Tigers are currently camping in Calcutta in preparation for the forthcoming international friendlies against Nepal in September.