England now have 19 points, four more than Albania, who won in Hungary, and five more than Poland 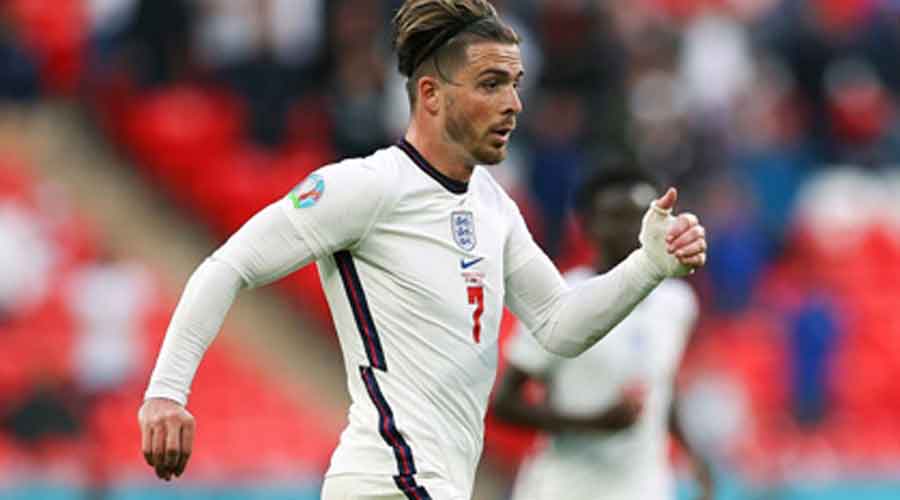 Jack Grealish came off the bench to score his first goal for England and complete a 5-0 rout of Andorra on Saturday which edged his side a step closer to sealing their place in next year’s World Cup finals.

Manchester City’s Grealish, who came on for his 16th cap in the 73rd minute, produced a trademark dribble and finish to round off a satisfactory night for England manager Gareth Southgate who rested most of his big guns.

Ben Chilwell began the scoring in Andorra’s tiny national stadium, also with his first England goal, and Bukayo Saka made it 2-0 shortly before the interval.

AS Roma’s Tammy Abraham, given a first start in four years, made it 3-0 with a tap-in and James Ward-Prowse then had a 79th-minute penalty saved before converting the rebound.

But the best was saved for last as Grealish dribbled around a tiring Andorra defence before slotting in a low shot.

“It has been a long time coming and it’s about time that I scored because everyone has been saying it to me,” Grealish said. “I’m just delighted that I’ve got off the mark.

“In the back of my mind there has been that feeling that I’ve just wanted to score, just to get off the mark. I’ve done that tonight, I’m delighted and it’s a night I won’t forget.”

In another mismatch, similar to England’s 4-0 win at Wembley last month, Andorra offered hard graft and defended robustly but were no match for Southgate’s much-changed side who eased to their sixth win from seven matches in the group.

England now have 19 points, four more than Albania, who won in Hungary, and five more than Poland. Two wins from their last three games, at home to Hungary and Albania and away to San Marino, will book their place in Qatar.

Armando Broja scored 10 minutes from time to hand Albania an upset 1-0 away victory over Hungary in Budapest and keep up their hopes of an unlikely qualification.

The English-born Broja, who is on loan at Southampton from Chelsea, scored for a second successive Group I game against Hungary after also netting a dramatic late winner in last month’s 1-0 home success in Elbasan.

Scott McTominay headed home deep in stoppage time as Scotland came from behind twice to beat Israel 3-2 and keep alive hopes of a first finals appearance since 1998.

The dramatic conclusion  at Hampden Park, and three-point haul, meant Scotland consolidated second place in Group F as they moved to 14 points with three matches each still to play.

Denmark lead the group with a 100 per cent record after six games. Andreas Skov Olsen grabbed one goal and created two others as the Danes scored four times in a dominant first-half display to thrash Moldova 4-0.