Advertisement
Home / Sports / IPL: Posers on bubble breach but no probe just yet

IPL: Posers on bubble breach but no probe just yet 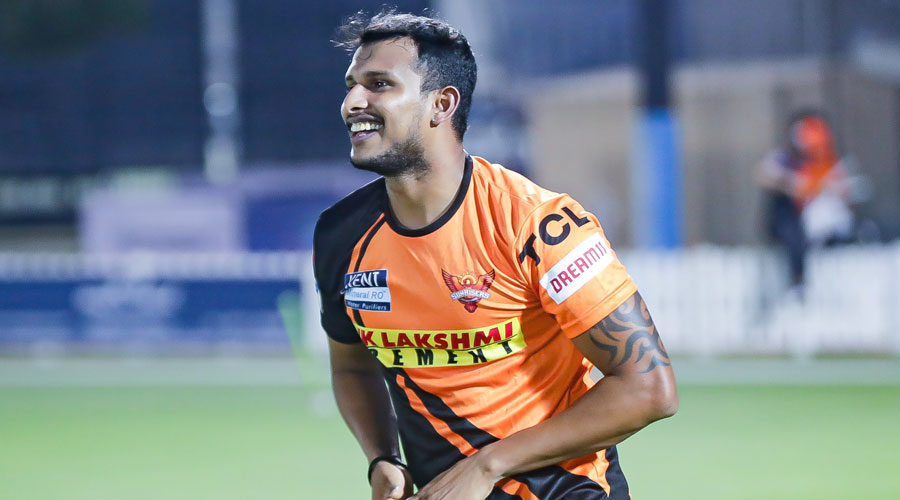 The Board of Control for Cricket in India (BCCI) is unlikely to launch an inquiry into the circumstances that led to T. Natarajan testing positive inside the Sunrisers Hyderabad bio-bubble in Dubai.

“It is very difficult to point a finger at anything in particular. All precautions are being taken and the bubble integrity officers have been asked to maintain strict measures,” a BCCI official told The Telegraph on Thursday.

Besides regular testing of all those who are part of the bio-bubble as per the standard operating procedures, the BCCI has also asked the players and support staff to wear masks after practice and while travelling on the team bus.

It was learnt that the left-arm pacer travelled to Dubai on a commercial flight from Bangalore on September 9 and joined the rest of the squad. He then served the mandatory six-day quarantine period. Was there any breach of bio-bubble that led to him to contracting the virus?

The BCCI’s decision to do away with contact tracing bands for the UAE leg of the IPL has also come under focus.

Sunrisers Hyderabad head coach Trevor Bayliss, however, ruled out that Natarajan’s positive test had impacted their lacklustre performance against Delhi Capitals, a match they lost by eight wickets.

“I don’t think that would have affected the result of the match. They played way too well for us ... It was a little bit of an upset,” Bayliss said after the loss on Wednesday.

“Natarajan was going to play, but these guys are professional players. Every now and then, there’s an injury just before play and you have got to make a late replacement. So, I am sure all of the players are, in a way, used to that.”