Thanks to the openers’ splendid batting display, the Super Kings recorded their fifth straight victory and are now on 10 points along with RCB 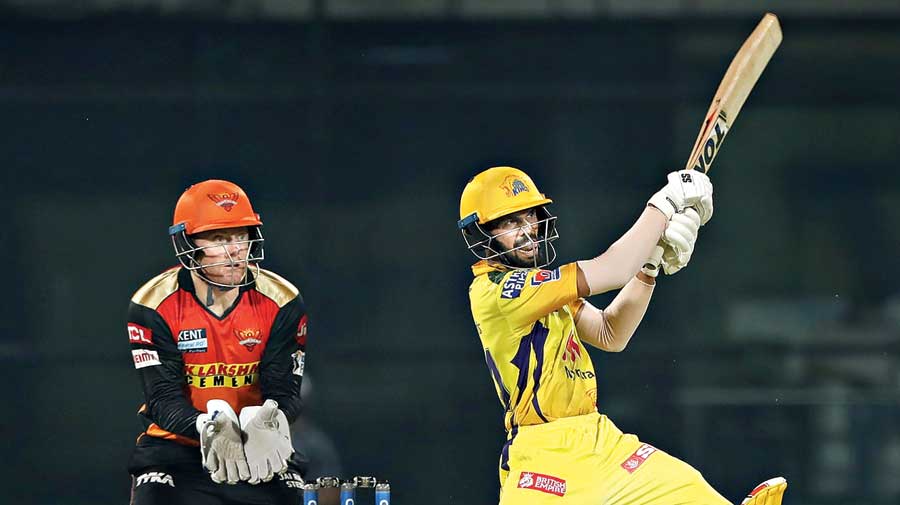 Not much has been spoken or written about the opening combination of Ruturaj Gaikwad and Faf du Plessis. Both batsmen have served their team with solid starts from the last edition itself although those partnerships unfortunately went a tad unnoticed as they came at a time the Chennai Super Kings were no longer in the reckoning for the playoffs.

Nonetheless, continuing from where they left off last season, the understanding between Gaikwad and Du Plessis is certainly one of the strengths of this Super Kings side. And the ease with which they led their side to a seven-wicket win over Sunrisers Hyderabad at the Kotla on Wednesday, stitching together a marvellous 129-run stand, only validates their mastery.

A 172-run target, especially on this track, wasn’t really daunting. But regardless of the conditions, chasing any total in excess of 170 in this format can become tricky. However, the authority and confidence with which Gaikwad and Du Plessis batted and approached their innings made the run chase ridiculously easy for the Super Kings.

Thanks to their openers’ splendid batting display, the Super Kings recorded their fifth straight victory and are now on 10 points along with Royal Challengers Bangalore. But they have been able to leapfrog RCB to the top spot by virtue of a superior net run rate.

That 129-run stand came in less than 13 overs and even after both openers were dismissed in quick succession, it hardly had any effect on the other Super Kings batsmen with the equation being all too easy for them. In the end, Ravindra Jadeja and Suresh Raina helped them stroll home with nine balls to spare. 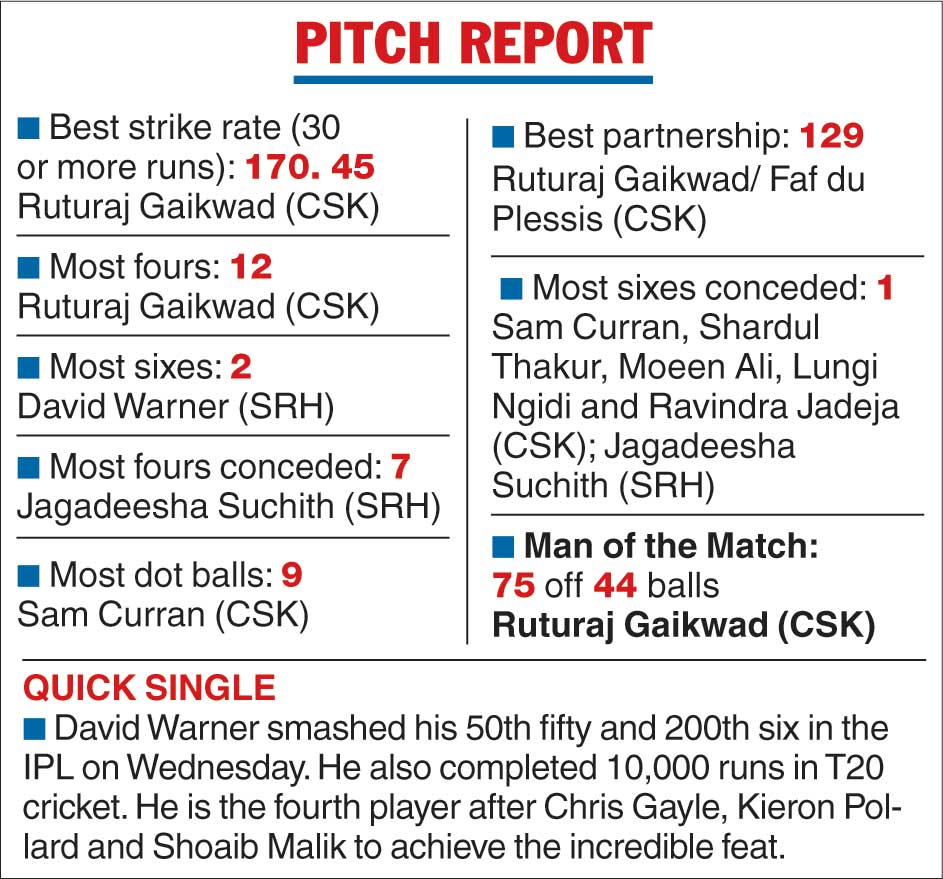 Gaikwad (75) and Du Plessis (56) focused purely on timing and finding the gaps, showing that you can jolly well score at 10 per over even if you don’t churn out those monstrous hits one after another. In fact, the sweet sound that Gaikwad’s bat made when he stroked the ball simply underlined how well he was timing it.

What also stood out was how well he played Rashid Khan, hitting him for boundaries at will and importantly, none of those shots were a slog or stand-and-deliver stuff.

And to speak of Du Plessis, the former South Africa captain seems to be getting stronger and better with age. In other words, he has been one of the most consistent batsmen, not just for the Super Kings but also for the Proteas, especially in the shortest format.

At 36, it’s not the easiest to score three half-centuries on the trot, which Du Plessis has been able to do. He’s the top run-getter (270 runs) so far in this edition. It would be fair to say that the control Du Plessis showed at one end helped the younger Gaikwad remain composed and play his natural game.

Not with the bat alone, but when it came to fielding as well, Du Plessis shone with some excellent stops in the deep and a superb catch that helped the Super Kings get rid of Manish Pandey (61), before the batsman could do further damage at the death.

Skipper David Warner hit 57, but his strike rate wasn’t impressive and that went on to cost the Sunrisers a few runs at least. Comeback man Pandey did fairly well at one end, but Warner struggled with his timing and fluency right through, barely able to find the gaps even during the Powerplay.

If not for Kane Williamson’s brilliance (26 not out off just 10 balls) in the death overs, Sunrisers could have struggled to reach even 160.

The New Zealand captain hammered four fours and a six, while Kedar Jadhav (12 not out) too unleashed blows in the final over of their innings that took the Sunrisers’ total past 170.

No wonder the absence of Bhuvneshwar Kumar (injured) and T. Natarajan (who’s ruled out of the tournament) helped Gaikwad and Du Plessis to prosper during their partnership. The likes of Sandeep Sharma, Khaleel Ahmed and Jagadeesha Suchith could hardly put any pressure on the Super Kings openers, who had little trouble in negotiating these bowlers.

Rather, there was extra pressure on Rashid, and it’s something that the team management needs to look into. When Rashid made those late strikes, the game was already in CSK’s pocket.

With five losses after six matches, the scenario has only got tougher for the Sunrisers. It’s high time the coaching staff go back to the drawing board with skipper Warner, who too may need a bit of self-introspection.