Advertisement
Home / Sports / Should have persisted with Chakravarthy: Brendon McCullum

Should have persisted with Chakravarthy: Brendon McCullum

KKR head coach tried to justify Morgan’s decision of not giving that fourth over to Varun, but added that ‘in retrospect’ leg-spinner ‘should have bowled that over’ 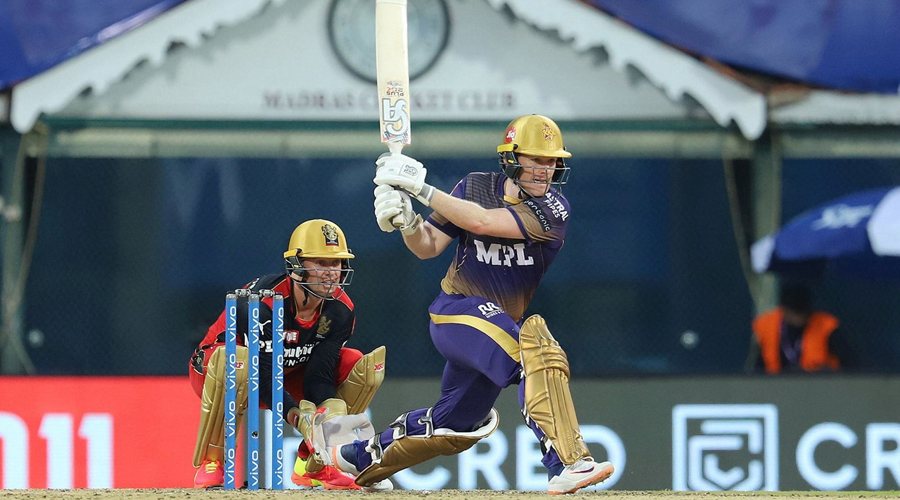 Eoin Morgan Captain of Kolkata Knight Riders plays a shot during match 10 of the Indian Premier League 2021 between the Royal Challengers Bangalore and the Kolkata Knight Riders, at the M. A. Chidambaram Stadium in Chennai on Sunday.
PTI Photo
A Staff Reporter   |   Calcutta   |   Published 19.04.21, 02:37 AM

Captain Eoin Morgan not persisting with Varun Chakravarthy even when the leg-spinner struck twice in his very first over to rock Royal Challengers Bangalore (RCB) early surprised many.

When Chakravarthy came back later, Glenn Maxwell was well set and had laid the platform for RCB to post a formidable total, which Kolkata Knight Riders (KKR) failed to chase down.

Head coach Brendon McCullum tried to justify Morgan’s decision of not giving that fourth over to Chakravarthy, but added that “in retrospect”, the leg-spinner “should have bowled that over.”

“In hindsight, if we had our time again, we probably would have bowled Varun in that next over when Maxwell came out. But look, we were also trying to save Varun’s overs for (AB) De Villiers,” McCullum told reporters.

“Our plans were sound, but we didn’t execute them too well. What AB and Maxwell did is they took the pitch out of play by their presence at the crease and that put us under immense pressure,” he said.

Man of the Match De Villiers’s knock not just keeps RCB in great spirits, but looking at the larger picture, Cricket South Africa too should be really serious about the former captain’s international comeback.

On his part, De Villiers said he would be having a chat with South Africa head coach Mark Boucher about his return to international cricket.

“We are lined up to have a chat somewhere during this IPL, but yes, we’ve been talking about it.”