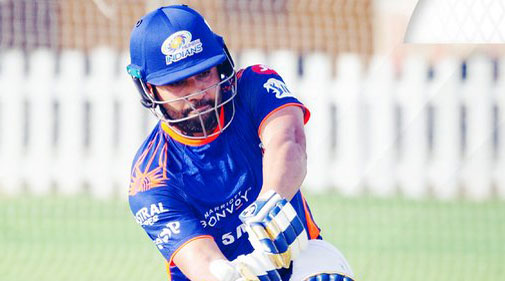 IPL 2020 begins today. Before the action starts, The Telegraph picks its “Dream XI” from the players on this edition’s roster. As is the norm in IPL, we have kept only four foreign players and so have missed out on many worthy names.

Rohit Sharma (MI, captain): With his ability to win matches single-handedly and unleash those big hits effortlessly, Rohit is an automatic choice as an opener. With four IPL trophies to his credit as captain, he gets to lead the “Dream” team as well.

KL Rahul (KXIP): The most improved Indian batsman of recent times, Rahul will be the perfect second opener. With his stylish, free-flowing game, he can actually hold his own and can even turn out to be a bigger impact player than Rohit.

Virat Kohli (RCB): Kohli has evolved into a man for all formats, on all pitches, against all oppositions. Some question his effectiveness in the shortest format, but his IPL record tells a different story. For example, he has hit more fours than Rohit Sharma playing lesser games.

Shreyas Iyer (DC): Iyer possesses a compact game, has all kinds of shots in his armoury and knows how to shift gears quickly. He is a tough competitor, someone who can bail out his team in a crisis situation.

Jos Buttler (RR, wicketkeeper): He can take the game away from the opposition single-handedly and is especially a precious hand during tough chases. And he can also open the innings if need be. Makes the side over the still-formidable MS Dhoni. Enough said.

Hardik Pandya (MI): He has matured into a good medium pacer. He can take the new ball as well if required. His explosive cameos with the bat can be game-changing.

Kieron Pollard (MI):  The Caribbean star is coming off a very successful CPL, having led the Trinbago Knight Riders to the title. He scored 207 runs at an average of 51.75 and took 8 wickets as well. One of the biggest hitters of the ball, he is also a breathtaking fielder.

Ravindra Jadeja (CSK): A spin bowling all-rounder is just what the doctor ordered for the UAE wickets. Jadeja can provide crucial breakthroughs with his left-arm spin and check the run flow as well. He is an explosive batsman and is perhaps the best fielder in the world now.

Sunil Narine (KKR): The off-spinner goes about his job quickly, finishing his spells even before the opposition batsmen can plan against him.

Rashid Khan (SRH): Arguably the best leg-spinner in the limited-overs formats in the world currently, Rashid has a bagful of skills. He is a decent lower-order batsman too.

Jasprit Bumrah (MI): The lone specialist pacer in the team, but we have got the best one. The highly-rated bowler, who’s also Virat Kohli's favourite, burst on to the scene in IPL 2013.  He bowls fast, he bowls accurate and is a master of yorkers.

In numbers: Highs and lows, best and worst, the world of numbers in cricket spins its own interesting tale.The Telegraph decodes the IPL statistics